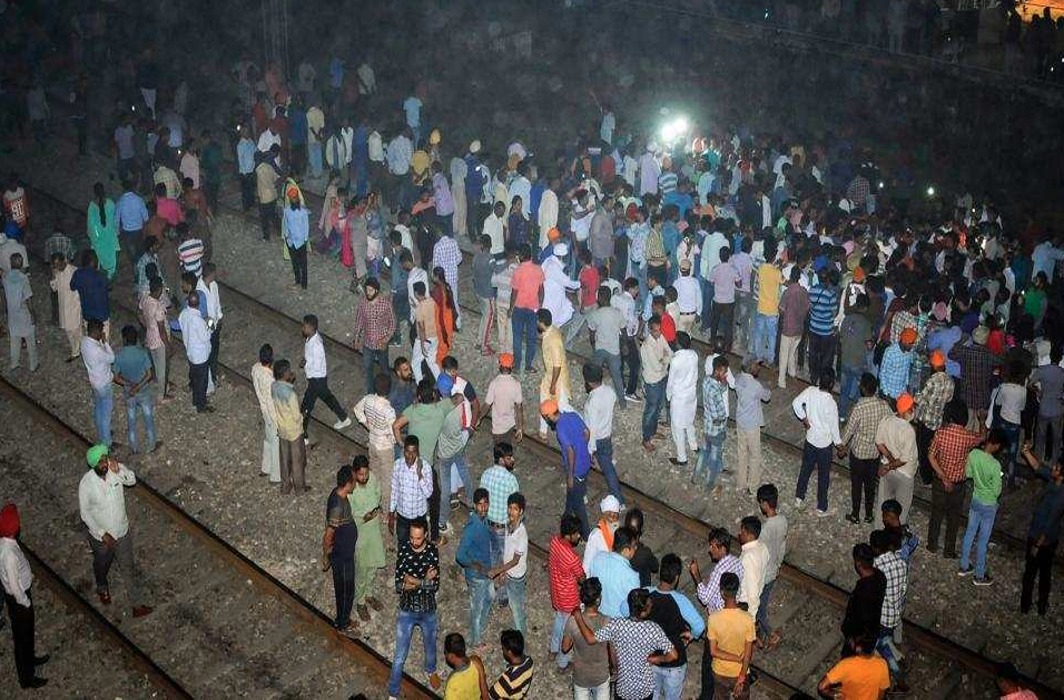 In the developments unfolding after the heart breaking tragedy when train ran over Dussehra crowd in Amritsar, locals on Sunday came out hard against the claim of the train driver saying that the crowd at the spot of the accident had pelted stones at the train.

The train driver, in a statement to police and the railway authorities said he had not stopped his train because of stone pelting from the crowd at the accident spot.

According to an agency report, one of the witnesses said, “I was at the spot. Leave alone stopping, the train did not even slow down. It seemed as if the driver wanted to mow us down. The train passed us in a matter of seconds.”

The driver also claimed of applying “emergency brakes” as he saw the crowd on the tracks but “still some people were caught in the path of the train”. He also claimed that he continuously honked to get people off the tracks.

The driver said people started throwing stones at the train when it was “almost on the verge of stopping” and so, keeping in mind the safety of his passengers, he continued towards Amritsar and informed officials there about the accident.

However, the eyewitness have rubbished the driver’s claims saying the train did not slow down anywhere near the spot.

Paramjit Singh, another eyewitness said, “He did not even slow down, let alone almost stopping. The train was in such speed that the accident happened in split seconds. There are hundreds of videos that show how fast the train went. There was no chance of us reacting, leave alone pelt stones. All we could hear around us was people screaming and crying.”

This was a Diesel Electrical Multiple Unit (DEMU) having maximum speed of  96 kmph. If brakes applied such train stops completely in about 300 metres if empty, and it takes 600 metres if carrying passengers. The Railway official Vivek Kumar, DRM Ferozepur said that the last recorded speed of the train was 68kmph.

Ajay Goenka, who was present on the spot said, “As the train passed, I heard people screaming and shouting. There was no stone pelting. I don’t understand why the driver would make up such a thing. Will people who are seeing their loved ones lying in pools of blood leave them and pick up stones to hit the train?”

He further said, “Anyway, the speed of the train was such that even if people wanted to pelt stones, by the time they collected them, the train would have disappeared from sight. He is lying.”

Police also supports eyewitnesses statement saying that not just the train was travelling at a high speed, there were no reports of stone pelting at the site of the incident on October 19.

Sukhminder Singh, the Station House Officer (SHO) of Mohkampura said, “As far as I know, there has been no stone pelting at the spot of the accident when the train passed.”