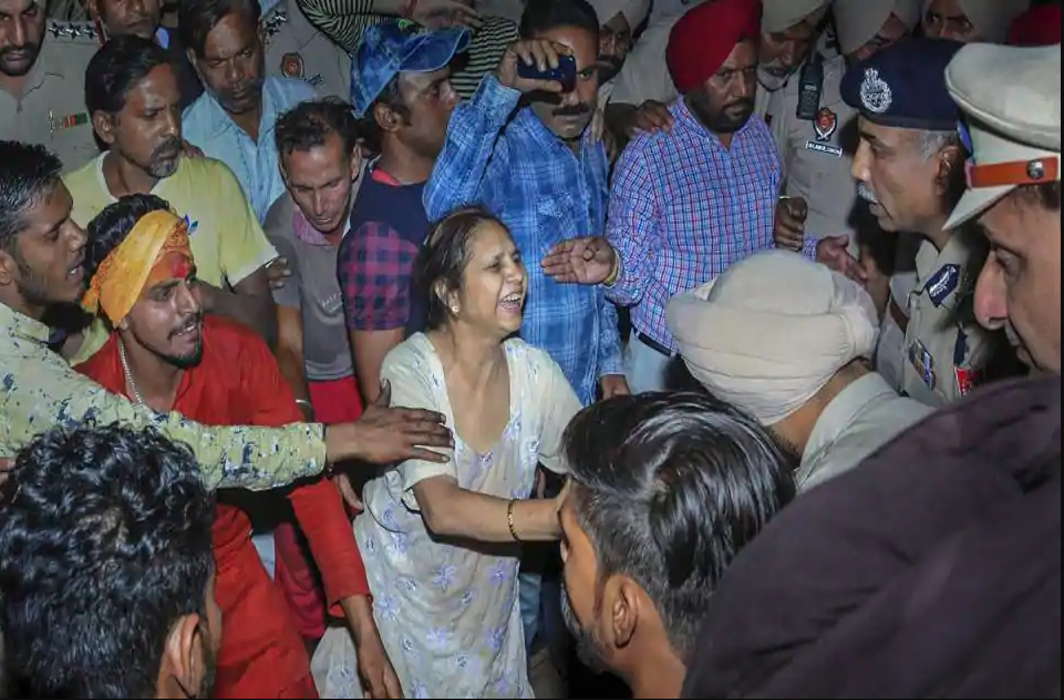 At least 61 people were feared killed in a tragic accident when speeding train rammed into a crowd watching Ravana’s effigy burning on Dussehra in Amritsar on Friday evening. Fatalities may rise as several others with serious injuries were being treated.

S S Srivastava, the commissioner of police, Amritsar, confirmed the death toll. He said they were trying to clear the bodies from the tracks and transfer the injured people to the nearby hospitals.

Kamaldeep Singh Sangla, the deputy commissioner of city police said, “All hospitals in the city have been alerted about the injured patients and ambulances from the neighbouring districts have also been requisitioned to carry the injured and dead.”

According to reports, the tragedy took place at the Joda Fatak area as the firecrackers went off, the organisers asked people to move back. A large number of people moved towards the railway tracks behind them.

On Saturday, the officials have confirmed that seven of the 70-odd injured people were in critical conditions.

In an unprecedented accident, the Jalandhar-Amritsar DMU  rammed into the crowd. Police officials claimed that the people in the crowd could not hear the train approaching because of the loud explosions from the Ravana effigy and hence were run over by the train.

Minutes before, as eyewitnesses described, the Amritsar-Howrah train had crossed the spot. Had the two trains crossed at the same time, the casualties would have been much higher, the report said.

Meanwhile, Navjot Singh Sidhu, the Minister in the Congress government in the state said that it was an accident and that nobody had done it intentionally. He  said there was a “big negligence” and asked his political rivals not to do politics over the incident.

He was quoted saying,”It was an unfortunate incident. I talked to a few people who told me that some people were standing on the rail track and some were sitting on a stone near the track.”

Defending his wife Navjot Kaur Sidhu, who was accused of leaving the accident site without bothering about the victims, the state culture minister said she was attending to patients at the hospital when allegations were being levelled against her.