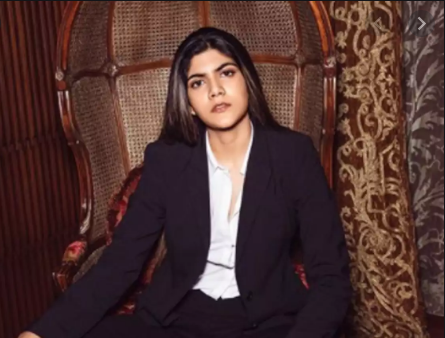 The Aditya Birla Group Chairman Kumar Mangalam Birla’s daughter, Ananya has criticised a US- based Italian-American dining place for being racist, and said the restaurant literally threw her and her family out of their premises.

Ananya, who is a singer by profession shared the incident on Twitter. The singer had gone to the Scopa Italian Roots restaurant in California with her mother Neerja and brother Aryaman. She along with her family had waited three hours to eat in a place run by Chef Antonia Lofaso. One of the waiters, Joshua Silverman behaved rudely with her mother bordering racism, Birla said, adding it is not okay.

Retweeting the daughter’s post, educationist Neerja Birla also lashed out at the restaurant for their alleged ill-behaviour. Even her son and cricketer Aryaman Birla came in support and wrote that racism exists and it is real.

Meanwhile, Ananya Birla has been exclusively signed by the world’s leading music label Universal Music Group as a recording artist.She released her debut single, “Livin The Life’ in 2016. Her first-ever Hindi song, the remix of ‘Let There Be Love’ released in October this year.

The 26-year-old is not just a pop singer but an entrepreneur and a mental health advocate too. She is a founder and CEO of e-commerce startup CuroCarte. Few weeks ago, Birla announced the launch of her humanitarian endeavour ‘Ananya Birla Foundation’, which aims to grant support for mental health, equality, education, financial inclusion among others.