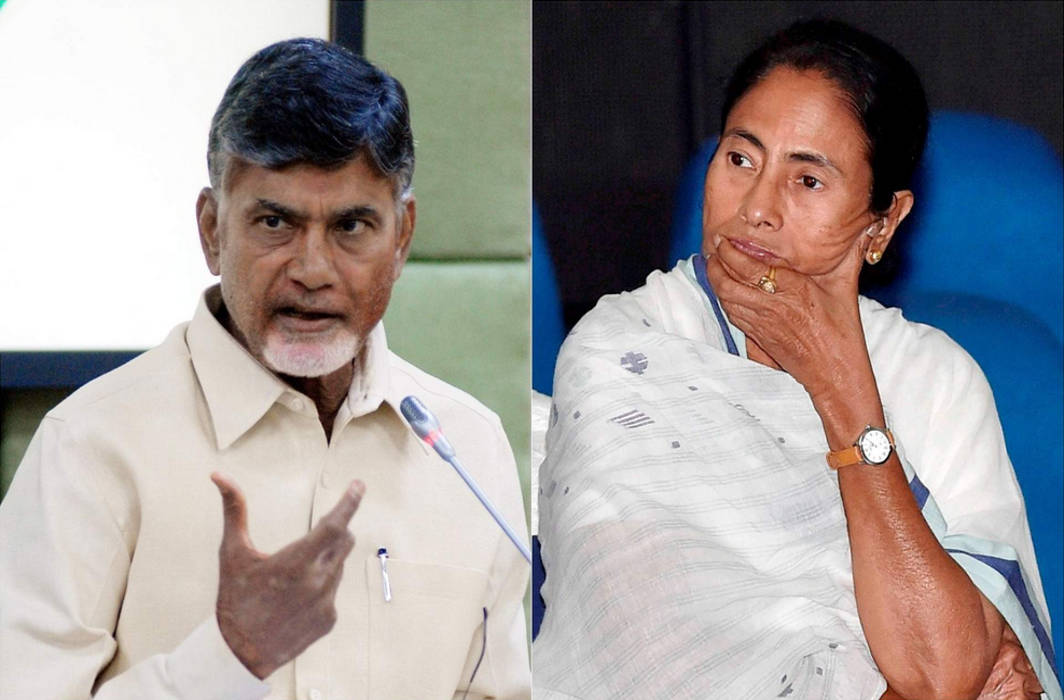 Amid the escalating Centre-state clash with Mamata Banerjee government in Bengal joining Chandrababu Naidu government of Andhra Pradesh (AP) in withdrawing general consent given to the CBI to investigate any case in the state, Finance Minister Arun Jaitley today (Saturday, Nov 17)  hit back saying, “there’s no sovereignty of any state in the matter of corruption. Only those that have a lot to hide take the step of not letting the CBI come to the state.’’

Jaitley, who was in Bhopal to release the BJP’s manifesto for the assembly elections, alleged that the move in the case of Andhra Pradesh was motivated by the fear of what is likely to happen than by any particular case. Alleging that the top leadership of Trinamool Congress was involved in scams, he said the Sharda and Narada scams can’t be wiped out by merely saying we will keep away the CBI.

This, however, was disingenuous: the bar on CBI does not apply to cases already being investigated by it.

Earlier, Mamata Banerjee backed Naidu’s step and, addressing Trinamool Congress (TMC) workers, said, “We will also do the same in our state. We will cross-check the laws. They (the BJP) are giving instructions to agencies from their party offices. From CBI to RBI, they have turned institutions into disasters.”

There was no immediate comment from the CBI but a former officer of the agency, who handed policy matters, said “withdrawal of consent simply means that CBI officers will lose all powers of a police officer as soon as they enter the state unless the state government has allowed them,” according to a report in The Indian Express (IE).

The BJP reacted angrily to Naidu’s move, saying Opposition parties have formed a “grand alliance of most corrupt parties to protect their interests”. Calling it a “clear malafide exercise of power”, BJP MP and its national spokesperson GVL Narasimha Rao told reporters: “A nervous and completely rattled Naidu is trying to save his government.”

The Andhra Pradesh government order comes at a time when Chandrababu Naidu is trying to rally non-BJP parties for an alliance in the run-up to the 2019 state and Lok Sabha elections.

As reported earlier, AP Home Department GO number 176, issued on November 8 by Principal Secretary A R Anuradha, stated: “In exercise of power conferred by Section 5 of the Delhi Special Police Establishment Act, 1946 (Central Act No 25 of 1946), Government hereby withdraws the general consent accorded in GO No 109 Home (SC.A) Department dated August 3, 2018 to all members of the Delhi Special Police Establishment to exercise the powers and jurisdiction under the said Act in the State of Andhra Pradesh.’’

The CBI was established under the Delhi Special Police Establishment (DPSE) Act. An official of the Home Department l said that while Section 5 of the Act gives powers to the CBI over all areas in the country, Section 6 states that without the consent of the state concerned, it cannot enter that state’s jurisdiction.

However, the Supreme Court and high courts can ask the CBI to probe a crime in a particular state even if the state is not keen to let the agency in. The CBI, in case it considers necessary, can approach the SC and HCs for permission to take up cases or extend their investigation to a state which may wish to declare it to be out-of-bounds for the agency.

Also, the moves by AP and West Bengal governments will not affect ongoing investigations, filing of chargesheets and conduct of trials. Sources in the AP government conceded that the agency could continue to investigate and carry out raids in cases in which it has already obtained consent from the state government.

At present, no major CBI case is being investigated in Andhra Pradesh. The cases of meat exporter Moin Qureshi and businessman Sana Sathish Babu are registered in New Delhi. There is ambiguity, however, on whether the agency can carry out a search in the state in connection with an old case without the consent of the state government.

The Delhi High Court order on October 11, 2018 makes it clear that the agency can probe anyone in a state that has withdrawn “general consent” if the case is not registered in that state. The order came on a case of corruption in Chhattisgarh. The court ordered that CBI could probe the case without prior consent of Chhattisgarh government since the case was registered in Delhi.

This is not the first time that a state government has revoked “general consent” for CBI probes, pointed out media reports.

On an earlier occasion, Sikkim had withdrawn the “consent” the CBI is required to take as per Section 6 of the DSPE Act.

In 1998, the Janata Dal-led government of J H Patel in Karnataka had similarly withdrawn general consent to CBI. When the S M Krishna-led Congress government took over the reins of power in 1999, it did not feel the need to revoke Patel’s order. Leader of the Congress in Lok Sabha, Mallikarjun Kharge, was then Home Minister of Karnataka.

“It wasn’t renewed for eight years. The CBI had to virtually close down its office,” recalled an officer who was with the CBI then, said the IE report. The officer told IE that the agency had to seek permission of the state government for every case and every search, making it difficult to carry out surprise searches, or register a case not agreeable to the state government.