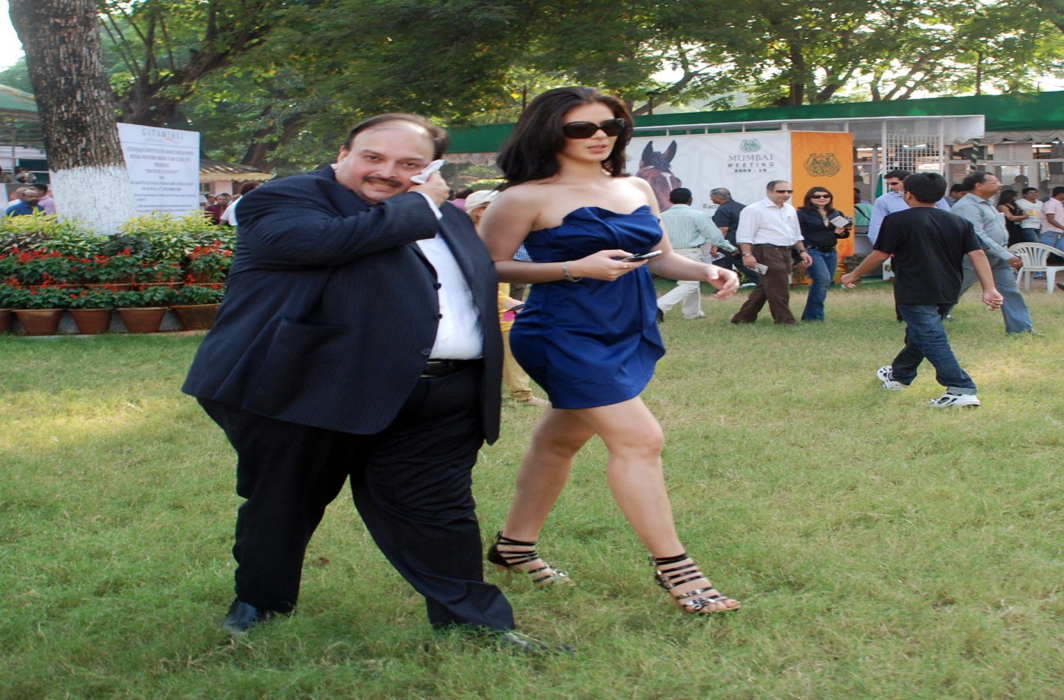 At a meeting with representatives of the Indian High Commission, Antigua and Barbuda officials reportedly said that they couldn’t annul Choksi’s citizenship as that would violate their constitution, according to The Indian Express (IE).

However, they assured Indian officials that they might consider New Delhi’s extradition request once a Red Corner Notice (RCN) is issued against him.

In a statement reported in media, Antigua said Choksi was granted citizenship after a police clearance certificate from the government last year said there was “no adverse information” against him.

“The police clearance certificate from the Government of India, Ministry of External Affairs Regional Passport Office, Mumbai, certified that there was no adverse information against Mr. Mehul Chinubbhai Choksi which would render him ineligible for grant of travel facilities including visa for Antigua and Barbuda,” said the statement by the Citizenship By Investment Unit (CIU) of Antigua and Barbuda.

The CIU said while conducting background checks on Choksi, it found that the Securities and Exchange Board of India (SEBI) had initiated investigations against him twice. But the cases, according to India’s market regulator, had been closed.

In a detailed statement, News18 reported, the CIU said the businessman’s application was received in May 2017 with necessary documentary requirements, including a police clearance certificate.

The CIU statement, shared by Antigua Observer newspaper on its website, said these facts were being made public “in an effort to provide clarity and address misinformation that has been circulating in the public domain”.

It said Choksi’s application was subjected to stringent background checks as is done with all applications submitted to the unit. These checks include open source Internet checks, Thompson Reuters World-Check, queries of various sanctions lists, engagement with regional and international intelligence agencies like Interpol as well as contracted third party due diligence providers.

“It was only after the results of all of these checks had been received and assessed that a final decision was taken on the application. In no instance was any derogatory information disclosed on the applicant.”

The statement said the CIU received documentation of two instances in which the SEBI, in 2014 and 2017, opened investigations on a corporate entity owned by Choksi.

“We requested updates on the status of the investigations and received documentary confirmation, issued by the SEBI, stating that in one case, the matter had been satisfactorily closed, and indicating in the other that there is not sufficient evidence to pursue the matter further.

“None of these matters is the subject of the current warrants issued by the Central Bureau of Investigations (CBI) in connection with the Punjab National Bank. It was also observed that a 2016 non-bailable warrant (against Choksi) was discontinued in October 2016.”

The CIU also dismissed a reported claim by the CBI that indicated that the Interpol had made no direct contact with the Antigua authorities on Choksi.

“The CIU maintains that this comment notwithstanding, that its background investigations do in fact include Interpol. Were there an active warrant for Choksi at the time his citizenship application was being processed, this information should have already been made available to Interpol, a notification of which would have been readily accessible by the CIU and its due diligence partners.

“Further, the warrant should have formed a part of the criminal records database in India and therefore declared in the police clearance certificate issued by External Affairs Ministry.”

The statement said the notice of the ongoing criminal investigation for defrauding the Punjab National Bank to the tune of Rs 13,500 crore against Choksi was first issued by Indian authorities on January 31, 2018.

“As such, these matters emerged well after the background vetting process which would have resulted in the August 2017 approval of Choksi’s application and his subsequent registration as a citizen in November 2017.”

It said the CIU had taken all reasonable steps to ensure that Choksi was a fit and proper candidate for the grant of citizenship as allowed under the Antigua and Barbuda Citizenship By Investment Act.

Choksi moved to Antigua from the US several weeks ago using an Antiguan passport. The revelation came from Antiguan authorities in response to a CBI diffusion notice (a request to Interpol for the arrest of a specific person) circulated to foreign countries through Interpol.