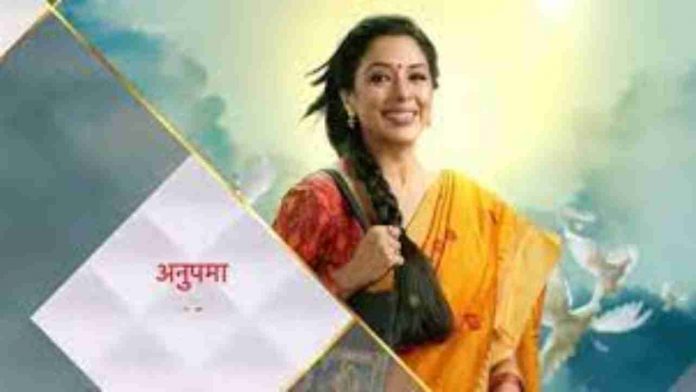 Star Plus show, Anupamaa is one of the most popular shows on television. The serial stars Rupali Ganguly, Sudhanshu Pandey, and Madalsa Sharma in lead roles.

The plot of the show revolves around a middle-aged woman, Anupamma who gives away her ambitions and goals to take care of her family. Later when her husband cheats on him, she decides to live on her own terms.

Ever since the show was first premiered on Star Plus, it is topping the TRP charts. Now, Anupamaa has added another feather as the show has become the most-loved TV show as per the audience engagement report released by Ormax Media. The report also stated that the audience spent the most amount of time from November 15 to 21.

The second position has been secured by Sab TV’s comedy show Taarak Mehta Ka Ooltah Chashmah. The Sony TV comedy show, The Kapil Sharma Show booked the third position and the fourth position has been taken by the dance reality show India’s Best Dancer that is judged by Geeta Kapoor, Malaika Arora, and Terrance Louis.

Sharing her elation she posted a fun video wherein she enacted both the characters and thanked her fans for showering immense love and support.

Recently, Anupamma’s actor Madhavi Gogate, who played the role of Rupali Ganguly’s mother Kanta Joshi in the serial, succumbed to Covid-19 on Sunday, November 21. She was 58.

According to media reports, Madhavi tested positive for the novel coronavirus and was admitted to Seven Hills hospital in Mumbai. Subsequently, he health deteriorated and she breathed her last on Sunday afternoon. She had also appeared in Hindi TV daily soaps including Aisa Kabhi Socha Na Tha, Kahin Toh Hoga, Koi Apna Sa, and others.