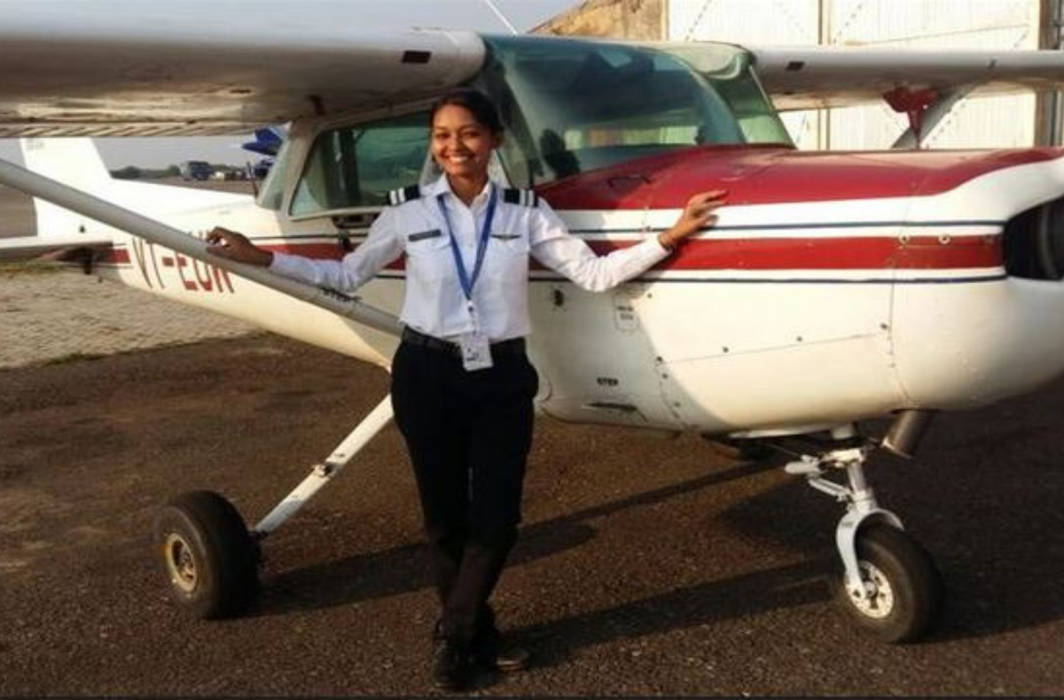 Anupriya Madhumita Lakra, a 27-year-old woman from Maoist-affected Malkangiri district of Odisha becomes the first tribal from the state to fly a commercial plane, as she joins Indigo Airlines as a co-pilot sometime later this month, according to media reports.

Odisha: 27-year-old Anupriya Lakra from Naxal-affected Malkangiri district becomes the first female pilot from the region to fly a commercial plane. She will soon join a private airline as a co-pilot. pic.twitter.com/6arfFt4rNZ

Lakra’s father Mariniyas Larka, a police constable in Malkangiri and mother Jimaj Yashmin Lakra said their daughter has not only made the family proud, but the entire state. She will fulfill her lifelong ambition of becoming a pilot, the father said.

“Though it was difficult for me to fund her pilot training, I took loans and got help from relatives. I always ensured that my daughter gets an education in the field she wanted to,” said Mariniyas Lakra.

“We are happy that she has become what she always dreamt of. I want my daughter to be a source of inspiration for all girls. I urge all parents to support their daughters,” said Jimaj, who lives in a dilapidated house in Malkangiri with her husband and son.

“People used to say she will not be able to do it as we belong to a backward village. But she has proved them wrong. We feel very proud of her,” she told ANI.

Yashmin Lakra, Anupriya Lakra's mother: People used to say she won't be able to do it, belonging to a backward village. But she has proved them wrong. We feel very proud of her. pic.twitter.com/ZvKW2Hum5U

In 2012, she was selected for admission in a government-run engineering college in Bhubaneswar, but after a few months of classes she left and took admission at the Government Aviation Training Institute (GATI), Bhubaneswar to pursue her heart’s desire.

Odisha Chief Minister Naveen Patnaik congratulated Anupriya and wished her good luck for the future. In his congratulatory tweet for her, he wrote that she is the epitome of perseverance and determination. “I am happy to learn about the success of Anupriya Lakra. The success achieved by her through dedicated efforts and perseverance is an example for many,” Mr Patnaik tweeted.

Tribal leader and president of Odisha Adivasi Kalyan Mahasangha, Niranjan Bisi said Lakra, an Oraon tribe woman, was not only the first tribal woman from Malkangiri, but Odisha. “In a district that is yet to see a railway line, it is a matter of pride for tribals there that a local woman will now fly a plane,” said Bisi.

According to records, tribals form 22.95 per cent of Odisha’s 4.2 crore population. With 57.4 percent of the district as tribals, Malkangiri has the highest percentage of tribal population in Odisha.  Odisha has a literacy rate of 73 per cent, however,only 41.20% of its tribal women are literate.

Actor Deepika Padukone was mobbed by a group of women after she exited a restaurant in Mumbai's Khar on Thursday night.
Read more