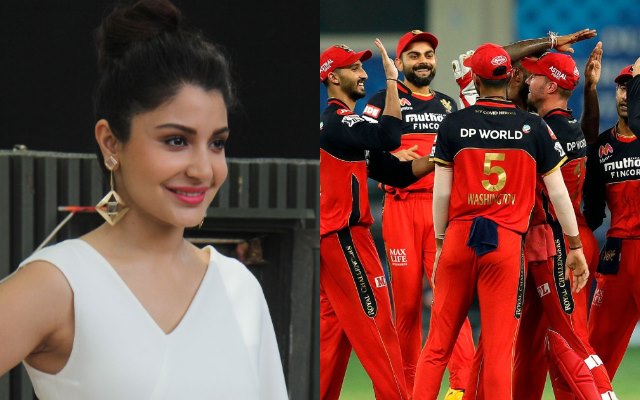 Indian Premier League (IPL) 2020 is turning out to be quite thrilling. Virat Kohli-led Royal Challengers Bangalore edged out Rohit Sharma-led Mumbai Indians in a thrilling face-off on Monday evening at the Dubai International Stadium. The fate of the match was decided by a super over in which Virat won the match for RCB by hitting a boundary in the very last ball.

Soon after the game wrapped up, Anushka Sharma, who watched the match on TV, took to Instagram stories and quipped that the match was ‘too exciting for a pregnant lady.’

RCB posted 201 for three after being put into bat with AB de Villiers (55) Devdutt Padikkal (54) and Aaron Finch (52) hitting half-centuries. For the third match running, RCB captain failed to impress and scrored 3 off 11 balls.

Young all-rounder Shivam Dube hit a quickfire 27 off 10 balls to push RCB past 200.

Mumbai Indians’ chase got off to a nightmare start. Rohit Sharma (8) and Quinton de Kock (14) struggled to get going and were dismissed cheaply.

Mumbai Indians were in all sorts of problems at 39 for three but up stepped Ishan Kishan.

The 22-year-old smashed superlative 99, including two fours and nine sixes. Kishan and Kieron Pollard put on 119 runs for the fifth wicket to bring Mumbai back from the dead.

Needing 18 runs to win from the final over, Ishan Kishan smacked back-to-back sixes, bringing down the equation to 5 off 2 balls. However, batting on 99, the youngster went for another big hit but perished in the deep one run short of a deserved century.

Pollard, who ended with 60 off just 24 balls, hit a boundary off the final ball to take the match into a Super Over.

Meanwhile, on personal front Virat and Anushka are expecting their first child. She announced the happy news with a social media post last month before their departure to Dubai for the Dream11 IPL 2020 season amid the lockdown.