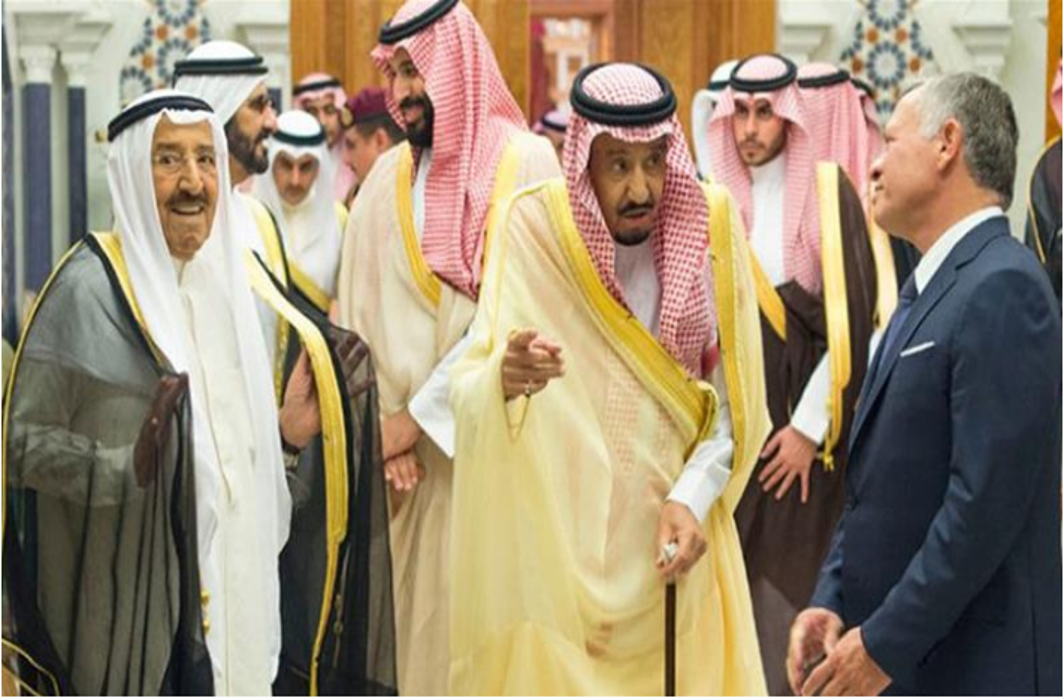 Three Arab monarchs including Saudi Arabia, Kuwait and UAE, all US allies, have come together to defuse financial crisis in Jordan by pledging $2.5 billion for stabilizing the kingdom facing the worst protests over government austerity plans, proposed IMF-tax bill and the price hikes.

According to Al-Jazeera, the aid will go towards a deposit in Jordan’s Central Bank, cover World Bank loan guarantees for the kingdom, direct budget support in the form of cash deposits and finance other development projects.

The five year aid package is critical to ease Jordan’s current budget deficit, which amounts to about $700m.The package, which is similar to the  move taken  by Gulf states in 2011, will help Jordan come up with a new, more-palatable austerity plan to satisfy international lenders and its protesting public.

Saudi Arabia official news agency SPA statement quoted Jordanian King Abdullah II as saying he hoped the aid would help his country overcome its fiscal crisis. Due to consistent protests by Jordanians throughout the country for several days Prime Minister Hani al-Mulki was asked by to King to resign.

The protesters blamed the outgoing PM for country’s economic mismanagement.King Abdallah II then asked education minister Omar al Razzaz to form the new government. He later pledged to scrap the proposed IMF-Tax bill and engage in dialogue to reach a new consensus on important issues including a new tax and economic reform.

The 2011 Gulf Cooperation Council (GCC) pledge was to last five years, which expired last year. Any additional funding by the GCC could not be decided due to ongoing Gulf crisis blockading Qatar by the governments of Saudi Arabia, Bahrain, UAE and Egypt .

Jordan receives over $1bn a year from the US, as well as aid from Europe and elsewhere. Jordan and Egypt are the only two Muslim countries having peace accord with Israel. Despite non-existent formal ties, Saudi Arabia and UAE have been improving their ties with Israel.