to star next in THIS suspense thriller, see poster here 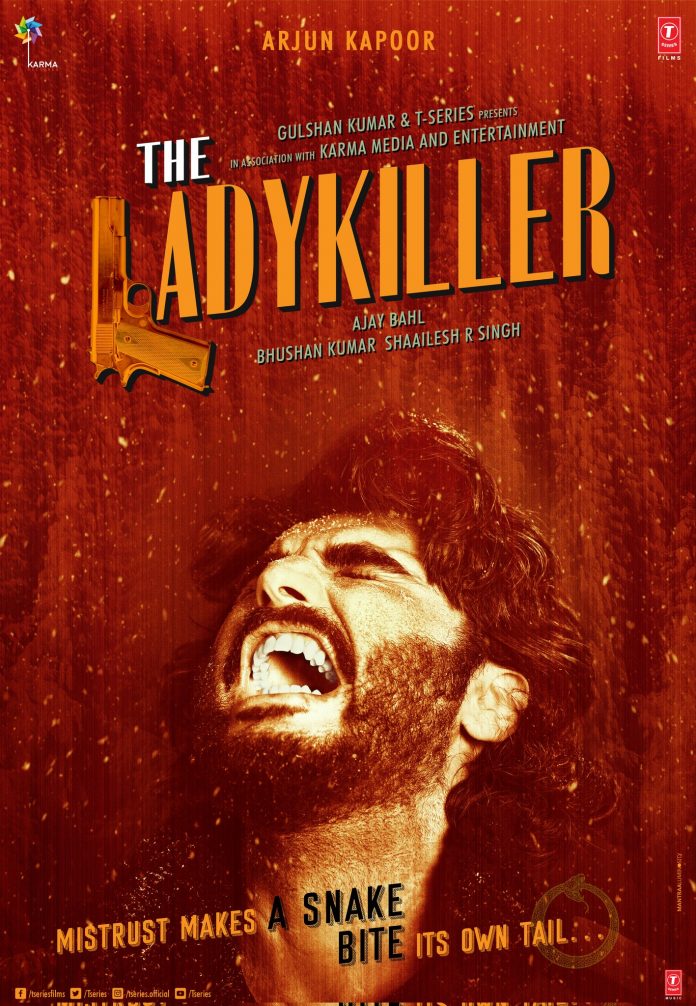 Bollywood actor Arjun Kapoor is all set to join hands with T-series’ Bhushan Kumar in his upcoming thriller ‘The Lady Killer.’ The film will be directed by Ajay Bahl and will be produced by Bhushan Kumar and Shaailesh R Singh. The first look poster of the film has also been released and Arjun can be seen in the role of a small town playboy in the poster.

Arjun shared poster of the film on his social media accounts and captioned, ‘It has a thrill. It has romance. It has emotion. Suspense also!!! Presenting to you The Lady Killer. A thrilling love story and my most ambitious film ever.’

The Lady Killer is the story of a small town playboy, who falls in love with a self destructive beauty and their crazy ride of thrilling twists, nerve wrecking suspense and a lot more for a healthy dose of entertainment.

Dynamic and visionary Ajay Bahl, who also has directed several critically acclaimed films, has been roped as the director of the film. Bhushan Kumar, the supremo of giant music company T-Series, said, “We are thrilled to bring ‘The Lady Killer’ to our audiences. Arjun Kapoor and Ajay Bahl’s combination is a sure shot hit – Arjun’s style and persona along with Ajay’s vision at directing will lend the film the right vibe that we are trying to achieve. Looking forward to the amazing ride shooting this suspense drama with Arjun and Ajay”.

Read Also: Kiara Advani reacts to her lookalike Aishwarya Singh, says she has her own personality

Commenting on the film, Arjun said that he as completely hooked to the script when it came his way, that it is so gripping, intriguing and emotionally charged that he couldn;t put the script down from the moment he started reading it.