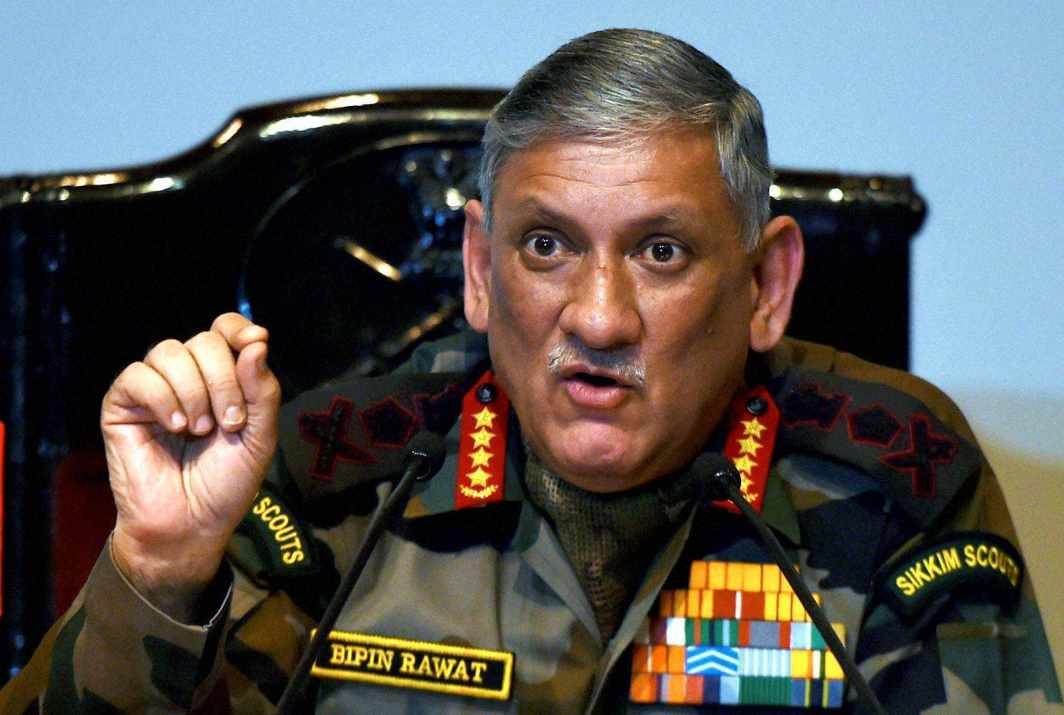 Army chief says that with China flexing muscles, taking over Indian territory and testing the limits of threshold, Pakistan could take advantage of the situation

A week after diplomatic channels of India and China brokered a truce over the Doklam standoff, Army Chief General Bipin Rawat has cautioned that India should now be prepared for a simultaneous war with China and Pakistan given that the “western adversary (read: Pak)”could take advantage of growing skirmishes between India and China.

Speaking at a seminar organised by defence think-tank Centre for Land Warfare Studies, General Rawat said, “As far as the Northern adversary (China) is concerned, flexing of muscles has started. Salami slicing, taking over territory in a very gradual manner, testing our limits or threshold is something we have to be wary about. Remain prepared for situations that are emerging gradually into conflict.”

‘Salami slicing’ defines a series of small and covert operations executed to attain a larger goal which is not easily accomplishable in one go.

Further stating that India’s conflict with China might also bring Pakistan to the scene, the Army chief reportedly said: “Whether these conflicts will be limited and confined in space and time, or whether these can expand into an all-out war along the entire front with the western adversary taking advantage of the situation developing on the Northern border is very much likely (sic).”

Gen Rawat almost ruled out the possibility of any reconciliation between India and Pakistan, blaming the terror network, political and security establishment of our western neighbour for the conflict that has been raging on between the two countries since 1947.

“As far as our western adversary is concerned, we don’t see any scope of reconciliation, because the military, polity and people of that nation have been made to believe that their eastern adversary, which is India, is all out to break the nation into pieces. Therefore, the kind of propaganda that is prevailing on to our west, makes them believe that India is their long-term adversary and will continue to remain so,” the Army chief said.

Gen Rawat also insisted that though nuclear weapons – that are now in possession of India, China as well as Pakistan – are actually “weapons of deterrence”, they are no guarantee against the countries not going to war.

“Nuclear weapons are weapons of deterrence. Yes, they are. But to say that they can deter war or they will not allow nations to go to war, in our context that may also not be true,” he said.