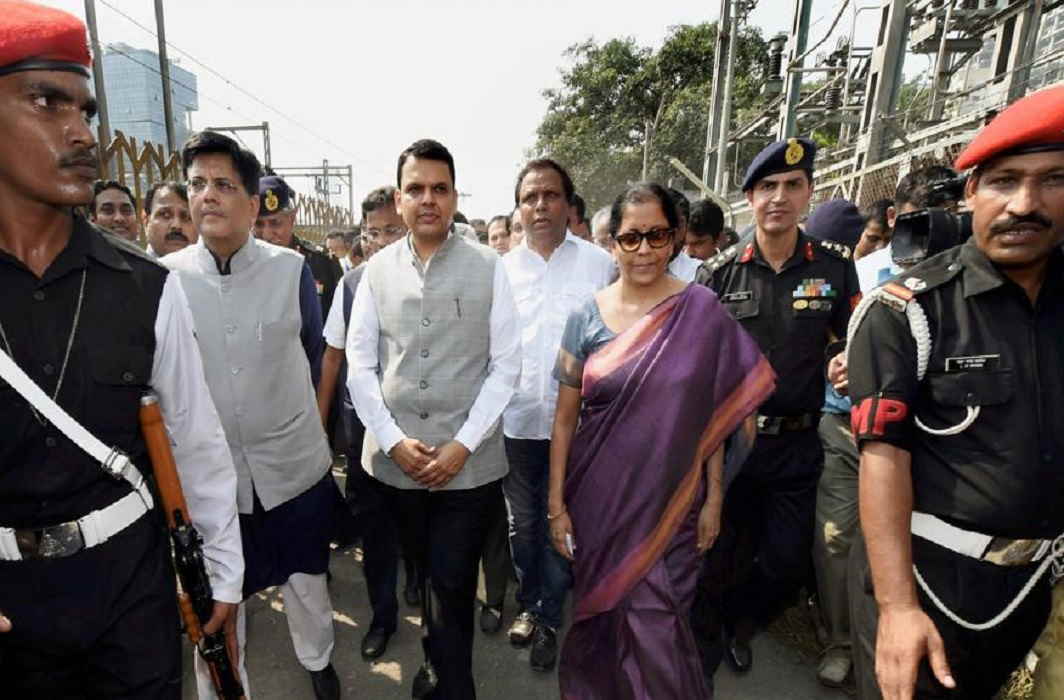 Congress leaders Capt. Amrinder Singh and Sanjay Nirupam, and former Jammu and Kashmir Chief Minister Omar Abdullah were among the leaders who voiced criticism over the development.

A month after 23 people were killed in a stampede on a bridge at Mumbai’s Elphinstone Road train station, the railways has roped in the Army to help build a temporary foot overbridge (FOB) that will connect Elphinstone and Parel stations.

The bridge at Elphinstone station along with two other FOBs at Currey Road and Ambivali stations will be constructed by Army’s engineering wing and will be ready for use by end of February 2018.

The announcement was made by Maharashtra Chief Minister Devendra Fadanvis after visiting the station with Railway Minister Piyush Goyal and Defence Minister Nirmala Sitharaman.

“The Army said they can build a bridge in a short span… We are taking the Army’s help in building a new foot overbridge at the Elphinstone Road station and at two other suburban train stations in Mumbai,” Fadanvis said.

Emphasising that Army is “happy to help”, Sitharaman said, “I wanted to know the army’s view. We know that the army rushes to places where there are natural disasters… This is probably for the first time the Army was asked to come in to build what could otherwise be called civil work, but the Elphinstone tragedy was so big.”

The government, however, came under criticism from the opposition for involving Army in civil work. Congress leaders Capt. Amrinder Singh and Sanjay Nirupam, and former Jammu and Kashmir Chief Minister Omar Abdullah were among the leaders who voiced criticism over the development.

The @adgpi job is to train for war, not to be used for civilian works @nsitharaman ji. Don’t divert defence resources to civilian jobs(1/2).

You’re doing what General Kaul did with the 4th Div before 1962 war with China. It will set a very bad precedent. Pls avoid. (2/2)

The army was to be a measure of last resort to be called upon in extreme emergency. Now it seems like it’s the 1st number on the speed dial. https://t.co/9e9hJOgDTY

This is not the first time that the army has been pressed into civilian work. In 2012, when Delhi hosted the Commonwealth Games, soldiers were called in to rebuild a bridge that had suddenly collapsed near a key stadium. Last year, the Army was engaged in building a floating bridge on the river Yamuna for Sri Sri Ravi Shankar’s “Art of Living” event.