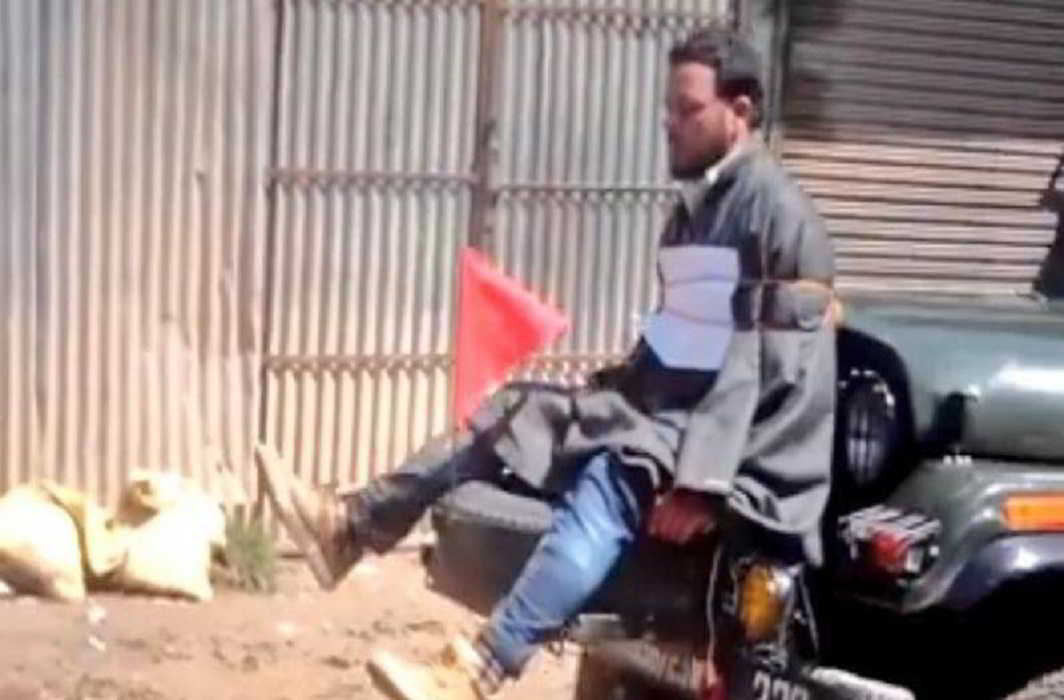 An inquiry has given clean chit to Major Nitin Gogoi and senior army officers lauded him for his presence of mind to avoid casualties.

The Indian Army Major who tied a Kashmiri civilian to a jeep’s bonnet as a shield against a stone-pelting mob has been given a clean chit by the Court of inquiry (CoI) convened by the Army in Jammu and Kashmir.

Following the outrage over the incident, the Army had convened a CoI on April 15, two days after the Jammu and Kashmir police had file an FIR listing a Major from 53 Rashtriya Rifles.

The CoI had not even recommended any action against the Major. According to IndiaToday, an army official said, “Court martial is out of the question. Not even disciplinary action was recommended against the officer.”

Reports said the convoy led by the Major had soldiers, 12 poll officials, nine ITBP men and two policemen which was moving around at the time of Srinagar by-election. In order to escape the stone-pelting mob, he had come up with the idea of tying a man in front of the jeep.

The inquiry has reportedly given a clean chit to Major Nitin Gogoi.  Senior army officers lauded him for his presence of mind to avoid casualties. Reports said senior officers were of the view that the incident was a “one-off incident that was blown out of proportion”.

Farooq Ahmad Dar, a Kashmiri civilian, was tied to the jeep’s bonnet as a human “shield” by 53 Rashtriya Rifles in Budgam last month.

The Army defended saying Dar was a stone-pelter , but he said he was returning home after voting when jawans picked him up. The video of the incident had gone viral on social media and led to a huge outcry. Various political leaders including former Chief Minister Omar Abdullah tweeted the visuals demanding a CoI.