Arrested last night, Chidambaram to be in CBI custody till August 26 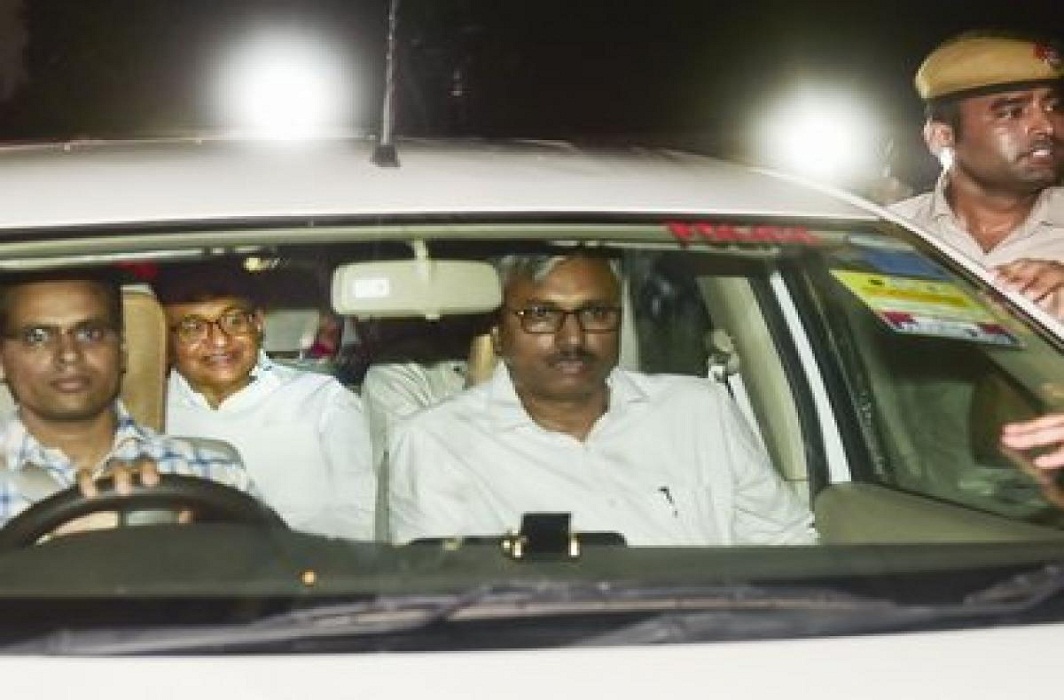 The special judge said that Chidambaram will be allowed to meet his family everyday and shall also be medically examined from time to time.

The CBI had sought five days of custody, saying he was not cooperating in the investigation.

Chidambaram was produced before the Rouse Avenue Court in New Delhi where Special Judge Ajay Kumar Kuhar heard the arguments.

The CBI told the court that the INX Media scam was a serious and monumental case of money laundering.

Chidambaram’s family members, including his wife Nalini and son Karti, were also in the courtroom along with other senior advocates including Dayan Krishnan. Heavy security arrangement had been made outside the courtroom.

On the CBI’s claims of Chidambaram being evasive in the investigation pertaining to the INX Media case, the former union minister said in court: “Please look at the questions and answers, there are no questions which I have not answered, please read the transcript. They asked if I have a bank account abroad, I said no, they asked if my son has an account abroad I said yes.”

His lawyer Kapil Sibal said Chidambaram was arrested last night, but interrogated only at 11 AM on Thursday. He argued that of the 12 questions put to the accused (Chidambaram), six were asked long back in June 2018.

Sibal said that the first arrest in the case was of Bhaskar Raman, chartered accountant of Karti, currently out on bail. Besides that, Peter and Indrani Mukherjea, also accused in the case, are also out on default bail as they are in jail in connection with another matter, he added.

The senior advocate contended that the grant of bail was a rule and the issue before the court was of personal liberty.

Sibal also told the court that Chidambaram never skipped interrogation. He argued that the former minister was summoned for questioning only on one occasion and he complied. “How can he be accused of non-cooperation,” Sibal said.

“Investigation complete as draft chargesheet is ready. Sanction was sought. The FIPB approval is given by six government secretaries, none have been arrested. This is a case of documentary evidence. He (Chidambaram) has never skipped interrogation,” ANI quoted Sibal as saying.

Abhishek Manu Singhvi, also appearing for Mr. Chidambaram pointed out that the CBI did not take any action for the past 11-12 months. “Chidambaram has given only those replies to the CBI which he had, but not according to the wishes of the agency. It is terming this as non-cooperation by him,” he argued.

“This case is completely based on a case diary and a statement of another accused,” Singhvi said. Chidambaram, he said, was first called in June 2018, months after Indrani Mukerjea recorded her statement.

Indrani Mukerjea is the wife of former media baron Peter Mukerjea and the couple  owned INX media, the television company at the heart of the dispute. She and her husband have accused P Chidambaram and his son Karti Chidambaram’s of involvement in providing clearance of the foreign funds.

“For the last one year, no summons but now they (the CBI) want custody. Indrani has turned approver now based on her 2018 statement. To create a reason for custody of my client, she has been made approver stating new facts have emerged. Is approver an evidence? Can that be the basis for his arrest and now custody,” he said.

Solicitor General Tushar Mehta, contesting the contention of defence lawyers, said all are equal before the law and Chidambaram’s son, Karti, was also taken into custody earlier.

“Chidambaram has tremendous potential of not cooperating in probe since he is highly intelligent,” Mehta said. “Certain facts about the case cannot be narrated in open court,” he said as defence counsel claimed there was no new development in the case.

Mehta said “there is a reasonable ground for Chidambaram’s custody as he was evasive in his replies and chose to remain silent during the interrogation by the agency.” “This is a serious case, involving intelligent people like him (Chidambaram),” he said adding that if the custody is not given, the prosecuting agency will fail in its duty to reach at the root of the conspiracy.

Last year, in April, Chidambaram’s son and a co-accused in the INX Media case Karti Chidambaram spent 23 days in CBI and judicial custody.

CBI filed an FIR in May 2017 over alleged irregularities in the Foreign Investment Promotion Board (FIPB) clearance to INX Media for receiving overseas funds of  Rs 305 crore in 2007, when Chidambaram was finance minister during the first term of Congress-led United Progressive Alliance government. Thereafter, the ED lodged a money laundering case in this regard in 2018.

Chidambaram, whom the CBI and ED were hunting for after the Delhi High Court rejected his anticipatory bail plea, was arrested last night 90 minutes after he made a surprise appearance at a Congress press conference. All day, his lawyers and Congress colleagues Kapil Sibal and Abhishek Manu Singhvi had tried without luck to get the Supreme Court to urgently hear his petition for interim protection from arrest. The court decided to take up the petition on Friday.

After the press conference, Chidambaram then to his home with Sibal and Singhvi, where CBI teams had made two visits already.

On his trail, the CBI first went to the Congress office and then to his home. Finding the gates to the building shut, CBI officials climbed a wall to gain access and then drove their car in.

Chaos erupted between CBI, police and Enforcement Directorate teams, the media contingent and a group of slogan-shouting Congress workers. Finally, Chidambaram was arrested amid the ruckus and driven to the CBI headquarters.

Karpoori Thakur, the former chief minister of Bihar, considered to be one of the makers of modern Bihar, still finds mention in every election in the state. Friday was no different as Prime Minister Narendra Modi spoke about the contribution of the socialist leader while addressing a rally in Sasaram.
Read more
Load more