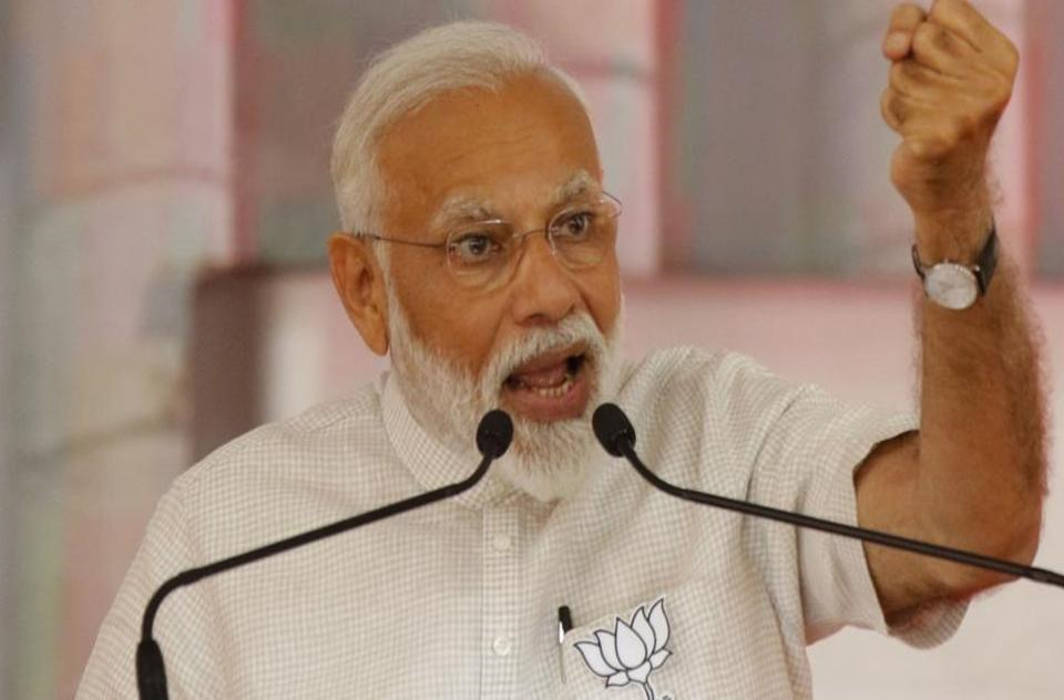 “These decisions had been pending for decades but we took them in national interest and we will remain firm on them,” he said while addressing a function in Varanasi after unveiling a 63-feet statue of BJP ideologue Deendayal Upadhyaya.

“Our government is working on his concept of self-reliance and self-service. Our schemes like free gas connections and toilets cater to the poorest of the poor,” he said while asserting that Deendayal Upadhyaya always focused on the last man in the line with his ‘antyodaya’ concept.

“Projects worth Rs 25,000 crore have either been completed or are in the process of being completed in Varanasi and this is due to the blessings of Lord Shiva who has given me the responsibility of serving you. Projects worth Rs 12,000 crore that have been launched today include hospitals, schools, roads, flyovers and water projects. We are trying to turn western Uttar Pradesh into a medical hub with improved connectivity,” he said.

Modi said that when “we talk of a five trillion dollar economy in India, we must remember that tourism is a major part of it”.

“Besides nature, heritage tourism has a strong role to play in achieving the goal. Also, along with Varanasi other holy sites are being developed using new technologies. The Kashi Vishwanath temple complex will soon get a new attractive look. The Ram temple in Ayodhya will also turn into reality because the trust for construction has been formed,” the Prime Minister said.

The Prime Minister had earlier flagged off the IRCTC’s Maha Kaal Express through video link. The train will connect the three Jyotirling pilgrim centres of Varanasi, Ujjain and Omkareshwar.

He also asserted that the trust set up for construction of the Ram temple in Ayodhya will work “rapidly”.

“A trust has been formed for construction of a grand Ram temple in Ayodhya. This trust will work rapidly,” he said as the he announced that the Central government will hand over the 67-acre land acquired in Ayodhya to the newly formed Ram Temple trust.