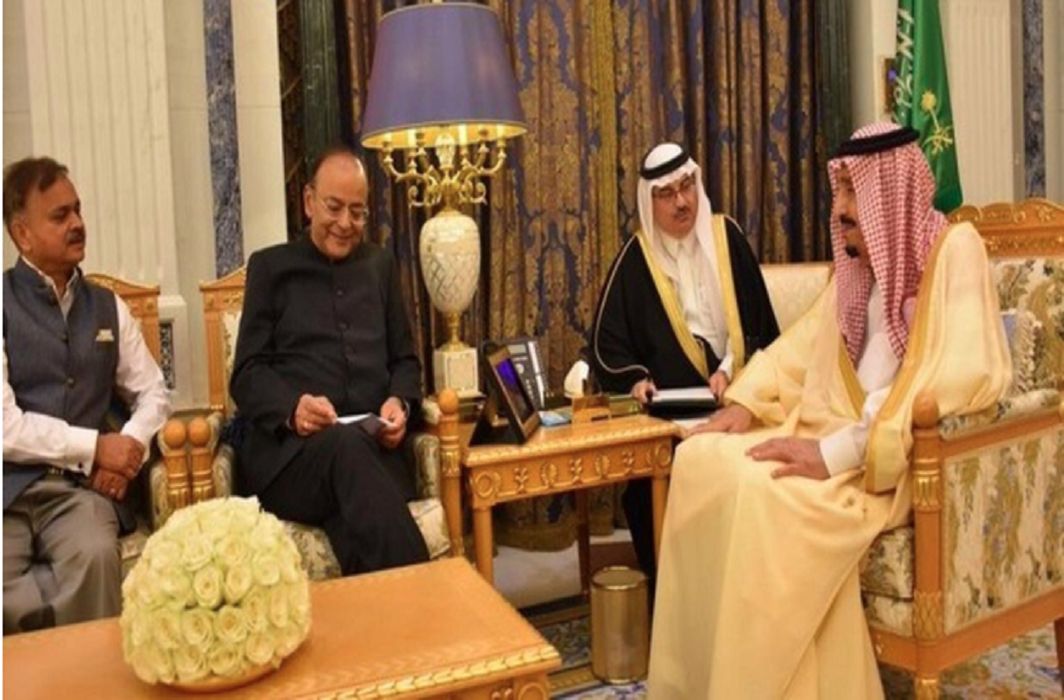 Continuing its engagements in the Middle Eastern countries, India’s Finance Minister Arun Jaitley called on Saudi Arabia’s King Salman bin Abdulaziz Al-Saud at the royal Al-Yamamah palace in Riyadh and discussed the ways to develop and enhance bilateral ties. He conveyed greetings of President Ram Nath Kovind to the King.

Called on His Royal Highness The King of Saudi Arabia, February 18, 2018 pic.twitter.com/kCpvbzuLhU

At the Saudi Chambers of Commerce, February 18, 2018 pic.twitter.com/aYWrgFnWyz

On Sunday, Jaitley along with his counterpart from Saudi Arabia Mohammed bin-Abdullah Al-Jadaan opened the ‘Saudi-Indian Business Council’. He also visited the ‘India Pavilion’ at the Saudi National Heritage and Cultural Festival Janadriyah.

Earlier this month, Minister of External Affairs Sushma Swaraj was Guest of Honor in the opening ceremony of Janadriyah cultural festival.

On Monday, Jaitley will meet Saudi Minister of Trade & Investment, Majid Al-Qassabi to discuss the bilateral issues. He is also likely to meet other high level Saudi dignitaries as well during his visit. He will return home Monday evening.

Saudi Arabia is India’s fourth largest trade partner and is a major source of energy as as New Delhi imports around 20% of its crude oil requirement. There are some 41 lakh plus Indians being the “most preferred community due to their expertise, sense of discipline, law abiding and peace loving nature.”

In June last year, Indian expatriates were hit by “dependent fee” of 100 riyals for each family member, which will be increased 100 riyals each year till 2020.