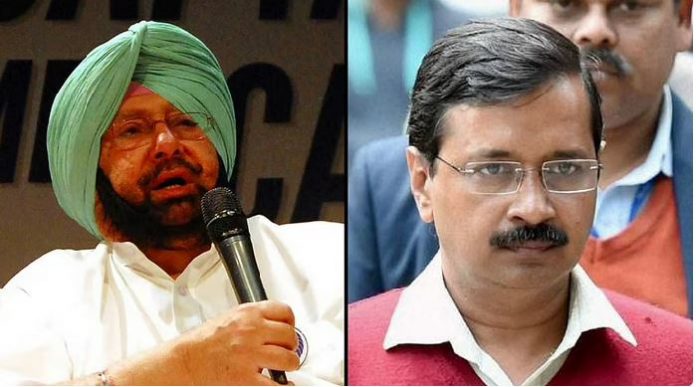 The war between the Aam Aadmi Party and the Punjab government has started over the new farm laws passed by the Punjab Assembly on Tuesday.  Aam Aadmi Party national convenor and Delhi Chief Minister Arvind Kejriwal on Wednesday said that the state cannot change the Centre’s law. Arvind Kejriwal told Captain Amarinder Singh that passing of new laws by Punjab government was only a scripted drama.

Referring to Amarinder Singh, Arvind Kejriwal asked in his tweet how could a state amend Centre’s law? Calling them fake, Kejriwal said the people of Punjab have been fooled by their government.

Expressing his shock on the double standards of the Shiromani Akali Dal and Aam Aadmi Party over the three farm laws, Singh said both opposition parties had backed the new laws in the Assembly and then criticised them. The farmers did not say anything against farm laws but opposition criticised the legislations. These parties are not serious about the future of farmers.

Punjab, emerged as the epicentre of protests against the Centre’s farm laws, rejected the three controversial farm laws passed by the Centre last month amid unprecedented chaos in Parliament. The Assembly first moved a resolution against the Centre’s laws, and unanimously cleared four bills designed to counter those passed by Parliament. Later, Union Agriculture Minister Narendra Singh Tomar said the government will deliberate on the resolution passed by the Punjab Assembly.

Now, the bills need Punjab Governor VP Singh Badnore’s consent then it would be cleared by President Ram Nath Kovind. Chief Minister Amarinder Singh, Kejriwal and the leaders of Shiromani Akali Dal met the Punjab Governor to seek his nod for the new laws that were passed by the assembly.

Facebook
Twitter
Pinterest
WhatsApp
Previous articleEnd SARS Protests: Why tens of thousands of Nigerians have been taking to the streets?
Next articlePakistan: PPP-ruled Sindh tries to distance itself from Nawaz son-in-law arrest