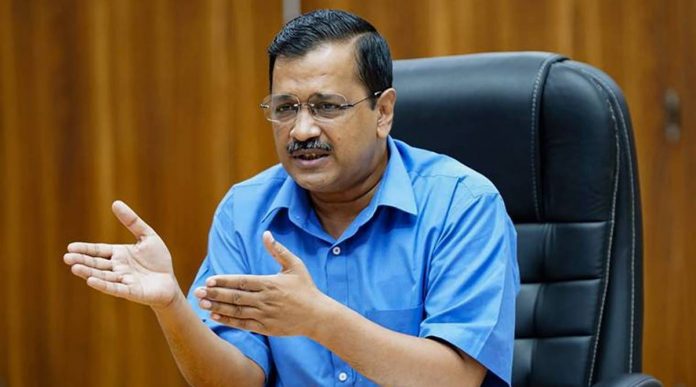 Delhi Chief Minister Arvind Kejriwal on Saturday said the coronavirus vaccine should be free for all the citizens of India once it is finally ready. CM’s statement comes amid continuing controversy over the ruling party’s Bihar manifesto that has promised free vaccines for the people of Bihar after election. While inaugurating  a flyover Delhi’s Shastri Park and Seelampur neighbourhoods, the CM said the whole country should get a free vaccine, the whole country has the right. Earlier, Kejirwal’s party mocked BJP by asking if they would provide free vaccines to the people who don’t vote for them.

The BJP Bihar manifesto that included a promise of free vaccine garnered criticism from various political parties as they alleged BJP of using a contagious fatal illness for votes that has already killed more than 1 lakh people in India.

Developing Covid-19 vaccine is the biggest concern across the world as many countries tried to manufacture the vaccine but couldn’t clear the clinical trials. Earlier this week Covaxin, the vaccine being developed by Bharat Biotech in collaboration with the Indian Council of Medical Research (ICMR) and the first candidate being tested in the country, was approved for the third and final phase of clinical trials.

India has reached a grim milestone of over 78 lakh cases since the pandemic began. Delhi alone has recorded 3.48 lakh cases and 6,000 fatalities linked to the virus. The number of active cases in the capital region crossed the 26,000-mark with 4,000 new cases on Friday.

Facebook
Twitter
Pinterest
WhatsApp
Previous articleWhat is the Importance of Money in our daily life |significance of Money
Next articleNitish Kumar asks Tejashwi why his parents didn’t build schools, colleges in Bihar