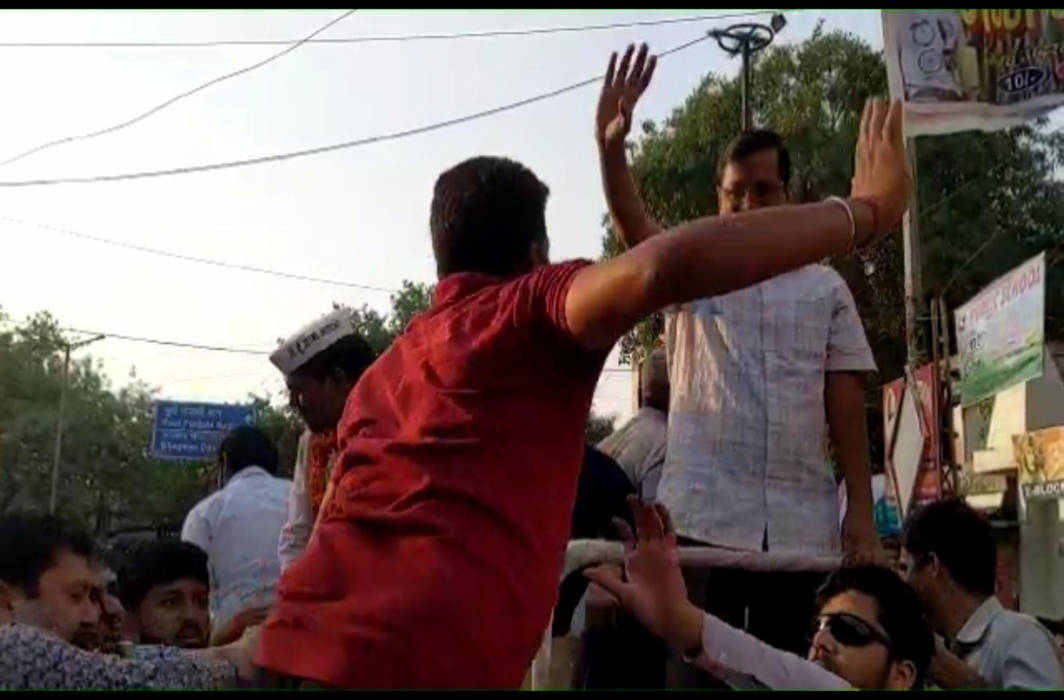 Delhi CM and AAP convenor Arvind Kejriwal was on Saturday (May 4) slapped by a man, during a roadshow in Delhi’s Moti Nagar area.

Kejriwal was standing on an open jeep, canvassing in the New Delhi constituency, when the man jumped up and attacked him. The man, who attacked Kejriwal was identified as a 33-year-old Suresh, a spare parts dealer.

The man was pulled off the vehicle by Kejriwal’s supporters. He was rescued by the police from AAP workers who thrashed him, news agency ANI reported. He has been detained and is being questioned by the police.

The AAP has alleged that it was an ‘opposition sponsored attack’, blaming Bharatiya janata Party (BJP).

“They have created a perception that the only way to take on Arvind Kejriwal is to physically assault him,” AAP lawmaker Saurabh Bhardwaj told the media.

“Do Modi and Amit Shah want Kejriwal to be murdered? In the five year, they couldn’t break his resolve, couldn’t defeat him in the elections, now you want to eliminate him, you cowards! This Kejriwal is your end,” Manish Sisodia tweeted in Hindi.

“Another negligence in the security of CM @ArvindKejriwal. Delhi CM Arvind Kejriwal got attacked during the roadshow. We condemned this cowardly act. This opposition sponsored attack cannot stop the Aam Aadmi in Delhi,” the AAP tweeted.

The Trinamool Congress has also slammed the BJP, blaming it for the attack.

The @ArvindKejriwal incident in Delhi and the malicious spin on a silly video targeting @MamataOfficial in Bengal prove that BJP has already LOST. They are desperately creating incidents to try and find 'game-changers'. People have already changed the game! Modi is OUT: Derek

The spare parts dealer was an AAP supporter, the Delhi Police said, according to news agency PTI.

“An enquiry by a DCP-level officer has been ordered to enquire as to how this person was allowed to be in the reception or proximate group,” Anil Mittal, Additional PRO (Delhi Police) said.

According to his version, over a period of time, Suresh got disenchanted due to behaviour of the AAP leaders. His anger intensified due to ‘distrust of the party in the armed forces’, the officer said, adding further interrogation is on in the matter.

A First Information Report has been filed against Suresh.