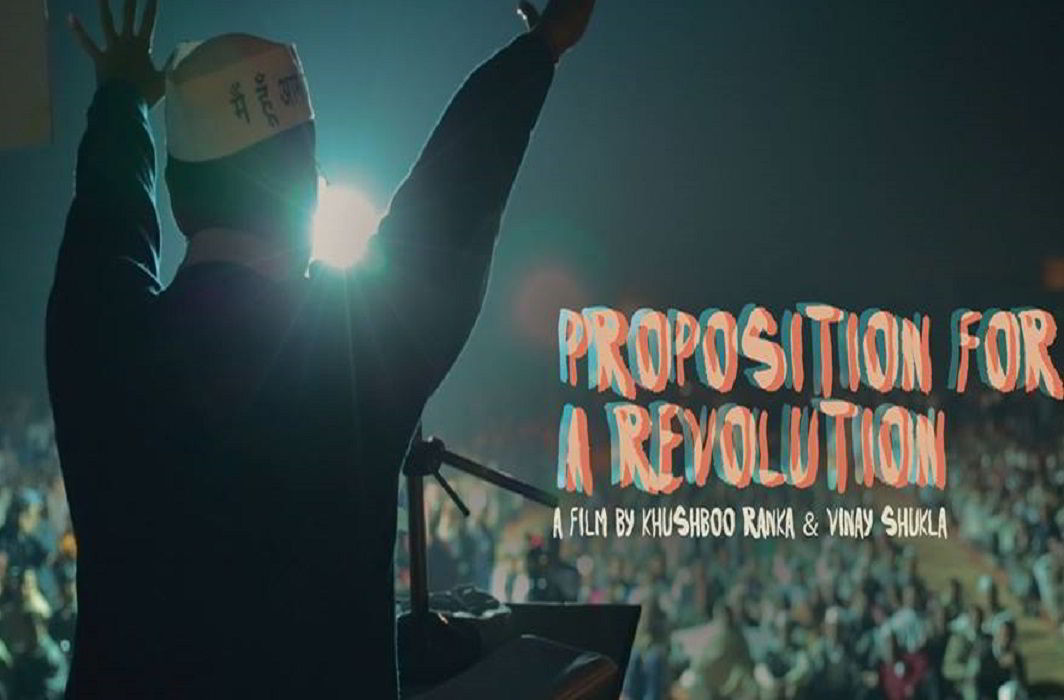 Directed by Khushboo Ranka and Vinay Shukla, ‘An Insignificant Man’ is a political docu-thriller that follows the rise of Arvind Kejriwal

American media company Vice has announced that the political documentary about Delhi chief minister Arvind Kejriwal, is set to be released on November 17. The political docu-thriller film captures the rise of Arvind Kejriwal, touted as the Bernie Sanders of India, from a social activist to the leader of a new political party called The Common Man’s Party (Aam Aadmi Party).

The political documentary has been played at more than 30 film festivals all over the world since premiering at last year’s Toronto International Film Festival. It has also been granted a sum of $50,000 from the Sundance Institute.

The film was in news recently after censor board’s ruling had cast a cloud over its release. The ex-censor board chief, Pahlaj Nihlani had instructed the filmmakers to get a No Objection Certificate (NOC) from Prime Minister Narendra Modi for their Hindi-English documentary and written permission from political personages. The CBFC even asked the filmmakers to bleep out the name of the Congress Party and the Bhartiya Janata Party (BJP), two of the largest political parties, from five places in the documentary.

Eventually, the Film Certification Appellate Tribunal (FCAT) in its order asked the CBFC to issue a U/A certificate to the film and held that such pre-conditions for certification are unsustainable.

Terming the political documentary a masterpiece, Vice media has announced that it will now be partnering with producer Anand Gandhi’s Memesys Lab in presenting the film widely, in India and internationally.

“I first saw  An Insignificant Man at the Toronto International Film Festival in 2016, and I came away thinking it was the best documentary about street-level politics since Marshall Curry’s Street Fight (2005),” Jason Mojica, Executive Producer, Vice Documentary Films, said in a statement.

“We’re bringing An Insignificant Man to our audience around the world because we think it’s a highly relevant film for anyone who sees problems in their own political systems and has the impulse to get personally involved in trying to change things,” added Mojica.

The movie, An Insignificant Man, is a 95 minutes long vivid document of India’s fascinating political process which portrays a country with 29 official languages and 1.3 billion people struggling to achieve real democracy. The film gives us a sneak peek into the heated arguments, inside jokes, campaign strategies and the true events and ideologies that make up the rhetoric, as we follow the birth of the newest political party in India- the Aam Aadmi Party.