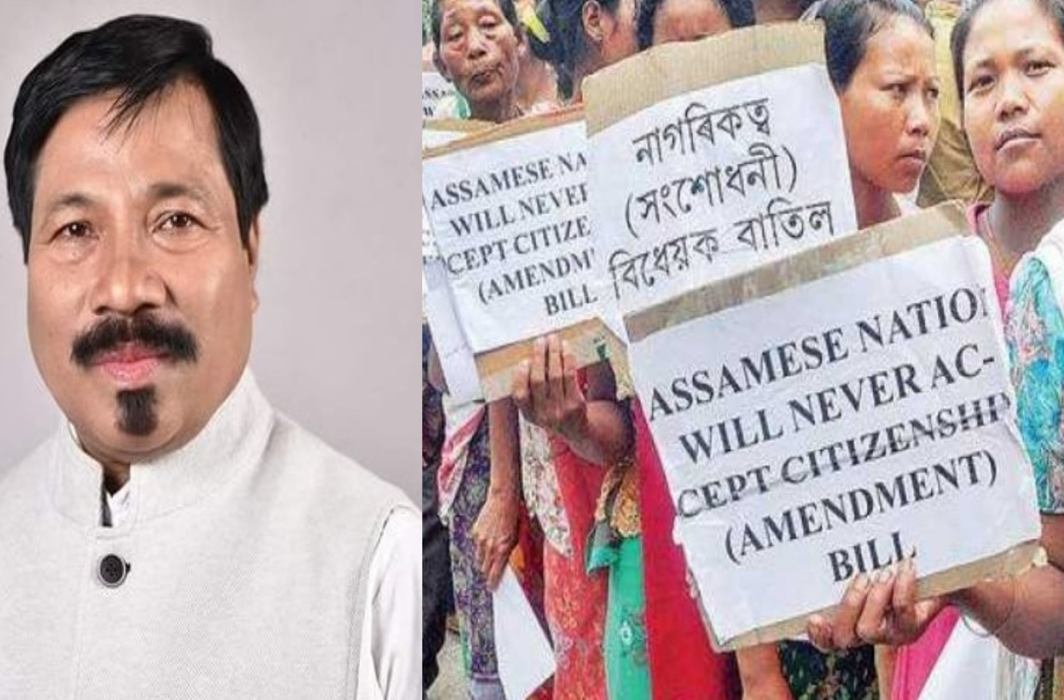 In another jolt to BJP ahead of the Lok Sabha elections due in a few months, it lost yet another ally – the Asom Gana Parishad (AGP) in Assam – today (Monday, Jan 7) , the break coming over the centre’s stand on the Citizenship (Amendment) Bill 2016.

While the break-up will have little impact on Chief Minister Sarbananda Sonowal’s government, it adds to the perception of the ruling party losing allies on the verge of a challenging bid for re-election.

“We have made our best efforts to convince the BJP leadership about the negative impact of the bill and the stand of the people of Assam. But the BJP has decided to go ahead with the bill leaving us with no option but to quit the alliance,” AGP president Atul Bora said after meeting Home Minister Rajnath Singh, reported NDTV.

“We tried our best to oppose the bill. We had support from Nitish Kumar and Shiv Sena and today when Assam is burning in protest against the bill, BJP has completely ignored the sentiments of the people of Assam. So there is no question of continuing in the alliance with BJP,” Bora said, according to media reports.

“We told the home minister in clear terms that this bill violates the Assam Accord and people of Assam do not want it. The home minister replied that the bill in all likelihood will be placed in the Lok Sabha tomorrow,” Bora said.

Former Chief Minister Prafulla Kumar Mahanta and leader of the AGP had been threatening to part ways with the BJP if the government went ahead with an amendment aimed at allowing Hindu illegal immigrants from neighbouring countries to stay. The AGP is against illegal immigrants regardless of religion.

“Our alliance with the BJP is a pre-poll alliance, so the BJP should have the morality to face the verdict of the people,” Mahanta was quoted by NDTV as saying.

“Assam had voted for AGP and BJP combine. However, the BJP failed to keep the promises of the alliance partner. Being a regional party, we have to respect the wishes and sentiments of the people of Assam,” Bora added.

The AGP’s exit will make no difference to the ruling alliance’s majority. The two parties formed an alliance before the 2016 state election, in which the BJP won 61 of the 126 assembly seats and the AGP got 14. Along with the Bodo People’s Front’s 12, the BJP-led alliance’s tally went up to 87, well above the half-way mark.

The Citizenship (Amendment) Bill, 2016 seeks to amend the Citizenship Act, 1955, to grant nationality to people belonging to minority communities – Hindus, Sikhs, Buddhists, Jains, Parsis and Christians – in Afghanistan, Bangladesh and Pakistan after six years of stay in India.

Opposition parties as well as the civil society have objected to the bill saying it would allow citizenship to illegal Hindu migrants from Bangladesh, who came to the state after March 1971, in violation of the agreement of the Assam Accord, 1985, which sought to identify illegal migrants into Assam and prepare a list of Indian citizens.

Opposition parties allege that the bill links religion to citizenship and want it to be religion and country neutral.

“Delink religion from citizenship issue. This is against the spirit of our civilisation, culture and of our Constitution. Citizenship can’t be linked with state, religion, caste, creed and be country specific. It should be universal,” said an opposition leader.

Protests were witnessed across Assam after Prime Minister Narendra Modi said his government was going forward with the controversial bill.

While speaking in Silchar, Assam on Friday, PM Modi had said, “The Citizenship Bill is an atonement of the wrong that was done during India’s partition. I hope this Bill is passed soon in Parliament. India will safeguard all who had been victims of partition,” he said.

The agitators burnt effigies of PM Modi in lower Assam and Dibrugarh, even as Chief Minister Sarbananda Sonowal assured the people that he would protect the interests of the state.

The protests intensified after Assam minister and BJP’s key strategist in northeast and Assam Finance Minister Himanta Biswa Sarma’s statement that “without the bill, we are surrendering to the philosophy of Jinnah (Pakistan’s founding father Mohammad Ali Jinnah)”.

He said on Sunday that if the bill is not brought in, at least 17 districts in Assam will go the “Jinnah way”. He said that the updation of the National Register of Citizens (NRC) is being done to “drive out the Jinnahs”, in an apparent reference to the Muslims of Bengali origin residing in Assam.

Today Sarma said Hindus in the state will become a minority within five years if the Citizenship Bill is not passed.

Protesters observed “’Black Day’” today, waved black flags and burnt replicas of the bill. Certain members of a group even stripped themselves in Assam’s Tinsukia. Similar protests were witnessed in front of Parliament Complex in Delhi.