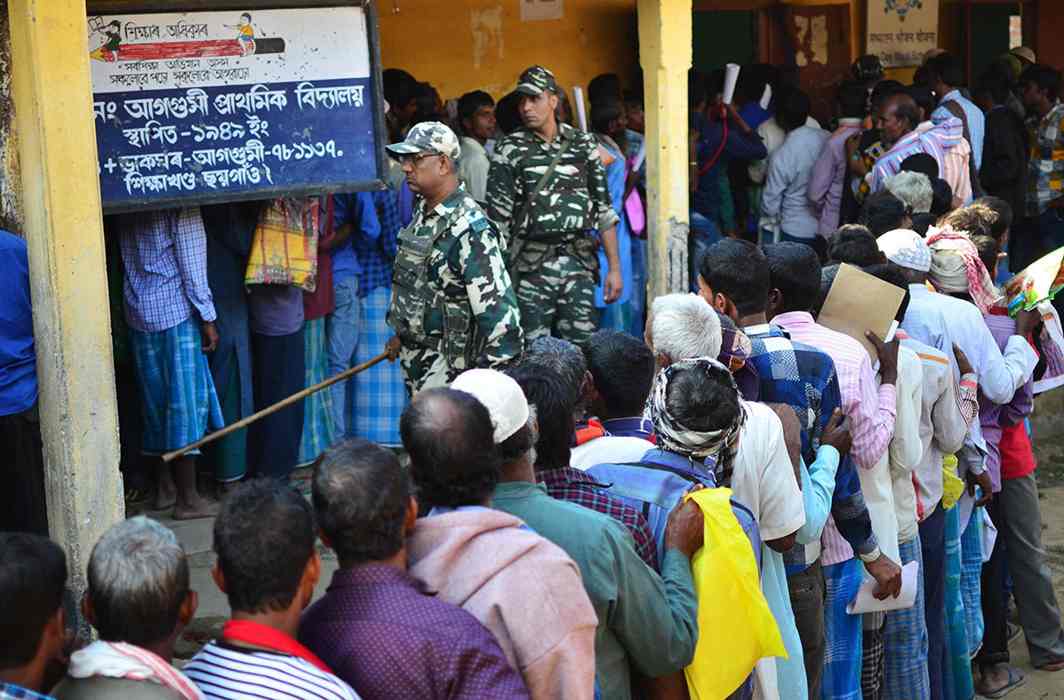 The Draft Assam National Register of Citizens (NRC) released on Monday, July 30, said 2.89 crore of 3.29 crore who applied for it are citizens of the country.

Thus around 40 lakh Assamese are no longer Indian, as per the register.

Soon after the draft NRC was published, there was uproar in both Houses of Parliament.  Union home minister Rajnath Singh sought to placate members saying ‘there is no need to panic’, while addressing the Lok Sabha.

Singh said that the draft is not the final list and people will still get time to file objections. Terming it a “sensitive issue”, he said that it should not be politicised unnecessarily, media reports said.

The home minister also said that the government has no role in the exercise as everything is happening under the supervision of the Supreme Court.

Talking to reporters, he said, “No coercive action will be taken against anyone. Hence, there is no need for anyone to panic.” Even someone whose name is not in the final list can approach the foreigners tribunal, Singh said.

“Some people are unnecessarily trying to create an atmosphere of fear. This is a completely impartial report. No misinformation should be spread. This is a draft and not the final list,” he said.

But Chairman M Venkaiah Naidu did not allow them to and adjourned proceedings for the second time till 2 pm.

Earlier, no sooner had the House mourned the death of former member N Thangaraj Pandian and listed papers presented, TMC members led by their leader Derek O’Brien were up on their feet raising the issue. Samajwadi Party members and some from the Congress too started raising the issue leading to a din.

Naidu first said he had not received any notice and later said that some members had met him expressing desire to raise the NRC issue, said media reports. “I myself have requested the home minister to come (to respond to members’ concern),” he said while adding that he was ready for a discussion.

“I am ready for discussions. I want the home minister to respond. What (more) you want,” he told protesting members. “The home minister is here. He will respond,” he said.

As members did not heed to his pleas and slogan shouting TMC members moved into the well of the House, Naidu adjourned proceedings till noon.

Assam chief minister Sarbananda Sonowal was reported to have said “the historic day will remain etched in their memories forever”. Sonowal expressed confidence that the NRC, which has become the “instrument to safeguard the interest of greater Assamese society”, would be able to pave the way for realising the hopes and aspirations of the genuine Indian citizens.

The state’s National Register of Citizens has been updated for the first time since 1951 to account for illegal migration from neighbouring Bangladesh, said an NDTV report.

The recount is seen by critics as a move to target Assam’s Muslim population on the pretext of weeding out Bangladeshi migrants. Thousands of central forces are in the state to prevent any unrest over the new list.

“Based on this draft no reference case will be sent to the foreigner tribunal or put in a detention centre,” said Satyendra Garg, home ministry officer in charge of the northeast.

Claims and objections from those left out of the citizen’s list will be taken up from August 30 to September 28, said officials. “Adequate and ample scope will be given to people for making objections. No genuine Indian citizen should have any fear,” said Registrar General of India, Sailesh.

It is not clear whether these 40 lakh will be eligible to vote in next year’s national election. “The Election Commission will decide,” an official was quoted by NDTV as saying.

The register counts only those as Assam citizens who can prove that they were living in the state on or before March 21, 1971.