Home Opinion & analysis The Atal – Advani team and the relations between the duo: It’s... 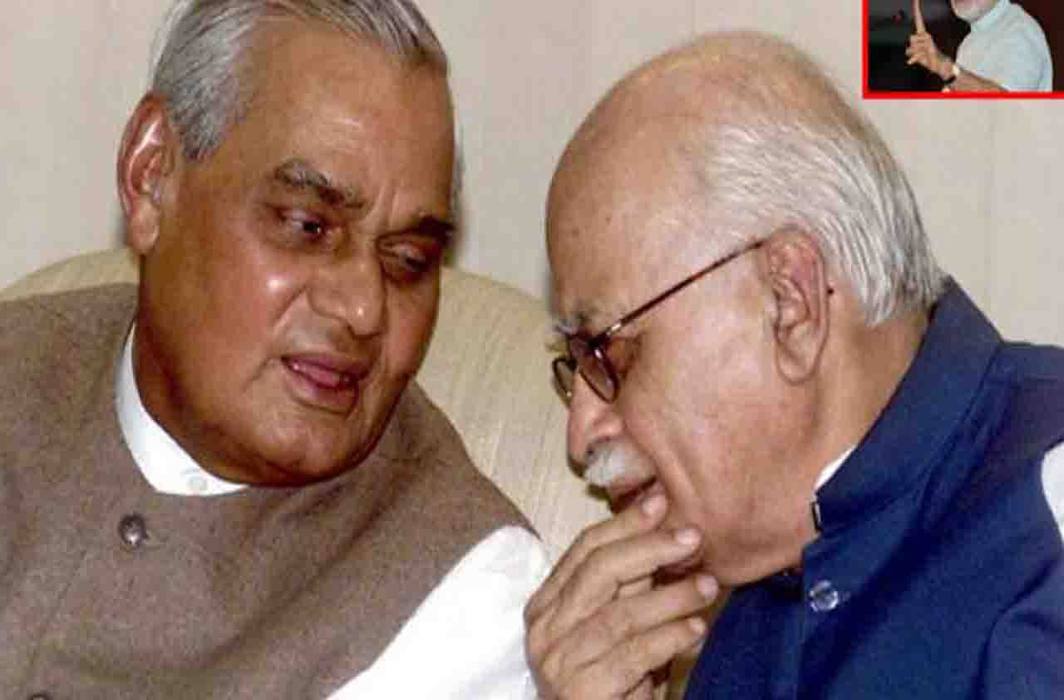 BJP stalwarts Atal Bihari Vajpayee and LK Advani’s friendship is well known and much celebrated. The relationship was complex, and often strained when Vajpayee was Prime Minister and Advani the home minister in the NDA government. Advani was elevated to Deputy PM not because Vajpayee wanted to do so, but was forced by political considerations.

Vajpayee, as everyone knows, wanted Narendra Modi, then Gujarat chief minister, to step down after the Gujarat riots of 2002. But the Goa session of the BJP executive clearly showed that the party backed Modi. Advani backed Modi, and Vajpayee was considerably weakened after the Goa session. Elevating Advani to a formal number two position in the party was to placate those opposed to Vajpayee. National Security Adviser Brajesh Mishra and the PMO were unhappy about it but could not interfere in party matters.

Advani loyalists had always believed that he was the architect of the BJP’s rise to power. After the Rath yatra which galvanised Hindutva supporters across the country and the demolition of the Babri Masjid in 1992, the BJP’s electoral fortunes zoomed. The party’s tally went up from just two seats in 1984 to 85 seats in 1989 and finally to 120 in 1991. Whatever the reason, Advani loyalists believed that Advani deserved to be in the driver’s seat and not Vajpayee – the man who remained ambivalent about the destruction of the 16th century mosque in Ayodhya. Though Vajpayee went along with the party on the Babri mosque issue, he was certainly not happy about the savage act.

All through his tenure, Vajpayee worked at peace in the neighbourhood. Pakistan was his particular passion. Despite repeated road blocks till the end of his term, he kept at it. With a likeminded prime minister Nawaz Sharif in Islamabad, the Lahore bus diplomacy was one of the highlights of his term. As the prime minister of a hard-line Hindutva force rooted in the RSS ideology which believed in “akhand Bharat” there was suspicion and opposition at peacemaking efforts of the two leaders in Pakistan. The foot soldiers of the Jamaat-e-Islami were out on the streets of Lahore in full force to protest the Indian PM’s visit. Teargas and lathi charge of protesters greeted Indian journalists who descended on Lahore to cover the “historic” summit. The next day, protesters stoned cars of diplomats as they drove for a dinner hosted at the Lahore Fort by Nawaz Sharif. Rumours that the cars of the Indian delegation were attacked made the rounds, which were quickly laid to rest by KC Singh, then the MEA spokesman.

During the trip, Vajpayee paid a visit to the Minar-e-Pakistan, a national monument built to honour the idea of Pakistan. Aware that many in Pakistan believed that the BJP wanted to destroy their country Vajpayee wrote in the visitors’ book, “A strong and stable Pakistan is in India’s best interest.” He hoped to dispel the anxiety in Pakistan that India has not yet accepted the division of the country and the reality of Pakistan.

Later at the reception given in his honour by the Governor of Punjab, Vajpayee gave a stirring speech which left listeners both Indians and Pakistanis moist eyed. By all accounts, Advani supported Vajpayee at this time.

Kargil happened soon afterwards, and the peace efforts of Vajpayee and Sharif came to a standstill. Yet Vajpayee did not give up. He invited Pervez Musharraf for the Agra Summit in July of 2001. Musharraf was the same man, who as Sharif’s army chief had refused to salute the visiting Indian PM saying no Pakistani military chief could be seen doing so. Advani was not for the Agra summit.

The Summit was a failure and Pakistanis blamed LK Advani for that. During a visit to Pakistan soon afterwards, senior officials in Islamabad as well as ministers argued that Vajpayee was helpless as Advani remained adamant and was the hidden hand sabotaging the talks.

In December 2001, the Parliament attack happened giving a death blow to peace efforts.

Yet during a visit to Srinagar in 2003, Vajpayee he again made a peace overture to Pakistan. Moreover, he also spoke of insaaniyat, Kashmiryat and jamhooriyat (democracy) for peace in Kashmir. Former RAW chief, who was a special appointee in the PMO, helped to get many Kashmiri militants back from POK and worked to normalise the situation in the troubled state.

Vajpayee abiding efforts for peace was again evident, when he allowed the bilateral India-Pakistan cricket series, despite stiff opposition by Advani. As the BCCI pitched for the visit, the home ministry kept raising objections. The newspapers were filled with stories about why the Indian team should not travel to Pakistan. Going by the media, the 2004 series was all but called off on security considerations. Fingers were pointed at the BCCI at wanting to play with an enemy country for the sake of profit.

But Vajpayee, looking for a way to break the gridlock, overruled the home ministry objections. Not just that, he invited the team to 7, Race Course Road for a meeting with him before leaving for Pakistan. Here he famously told the cricketers, not just to win the matches but to win people’s heart in Pakistan. That was an ice breaker, later India and Pakistan met to begin talks afresh. However the elections in India and Musharraf’s troubles ended that chapter. After Kargil and the Gujarat riots, Vajpayee and Advani were often not in sync despite years of friendship.