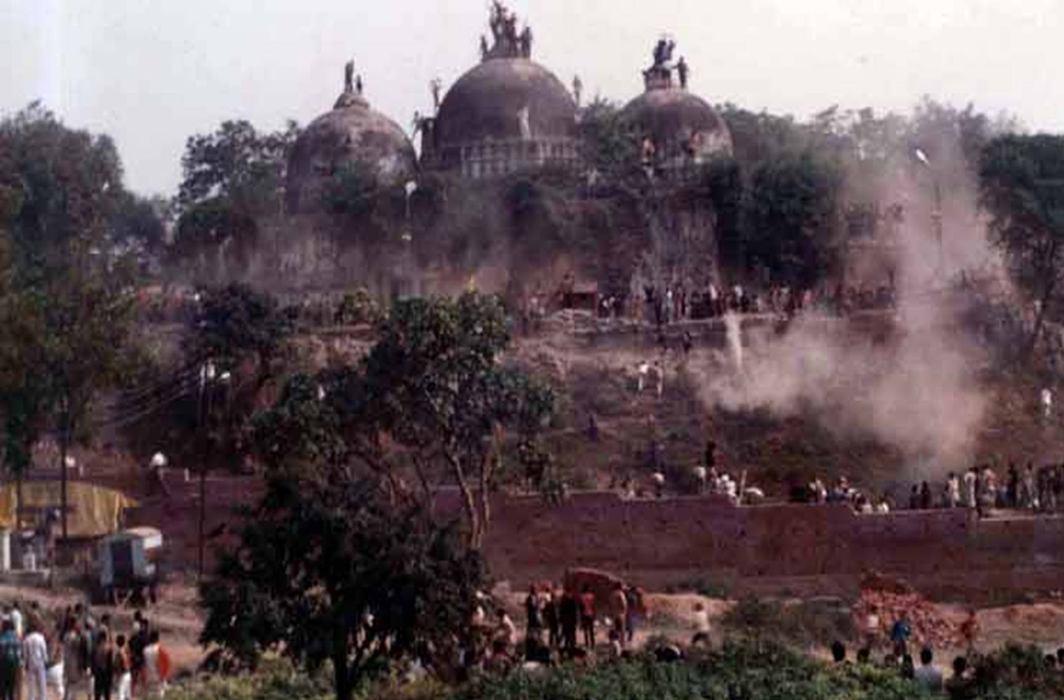 Hearing of the eagerly awaited, politically sensitive Ram Janmabhoomi–Babri Masjid land title dispute in the Supreme Court was today (Thursday, Jan 10) put off till Jan 29 after Justice Uday U Lalit recused himself from the case for previously being a lawyer in a related case.

The court will now constitute a new bench for deciding the schedule of hearing the case on January 29.

Chief Justice of India (CJI) Ranjan Gogoi had set up a Constitution bench comprising himself and Justices SA Bobde, NV Ramana, UU Lalit, DY Chandrachud to decide the date when they will begin hearing the 14 appeals in the case.

However, Justice UU Lalit recused himself from the case after senior advocate Rajeev Dhavan, appearing for the Muslim side pointed out that he had once appeared as a lawyer for former Uttar Pradesh chief minister Kalyan Singh in another case related to the land dispute in 1994. Though Dhavan said he was not seeking Justice Lalit’s recusal, the judge opted out of the hearing in the matter.

The constitution bench will now have to be reconstituted when the matter comes up for hearing next on January 29.

As soon as the bench assembled this morning to hear the Ayodhya matter, the CJI clarified that the case had been listed on the day not for arguments but only to decide the schedule for the commencement of the proceedings.

On Tuesday, in a surprise move, CJI Ranjan Gogoi had formed a five-judge Constitution Bench, headed by him, to hear the case. Using his discretionary powers to list the matter before a Constitution Bench without a fresh reference being made in the case for such a request, the CJI had indicated that, although, his predecessor had declared that the case will be treated purely as a title dispute, the top court may now also be open to larger questions of constitutional relevance involved in the case.

When the matter was last taken up on January 4, there was no indication that the case would be referred to a Constitution bench as the apex court had simply said further orders in the matter would be passed on January 10 by “the appropriate bench, as may be constituted”.

Days before he demitted office, then Chief Justice Dipak Misra had, in September, while pronouncing a verdict in the Ismail Faruqui reference, said that the Ayodhya matter did not need to be heard by a bench of a larger composition than three judges. The verdict had also upheld a controversial observation in the Ismail Faruqui case of mid-1990s, which was linked with the main matter of the Ayodhya title suit, that stated “a mosque is not integral to Islam” and hence was not a perquisite for offering namaz.

The bench headed by Chief Justice Misra had then said that the hearing in the Ayodhya matter could resume from October 29 (by when Justice Gogoi would be elevated to the top post of the apex court). However, upon assuming office, Chief Justice Gogoi had earlier put off the hearing in the case till January this year, declaring that an “appropriate bench” would be constituted for adjudicating proceedings in the matter.

On Thursday, senior advocate Dhavan, appearing for the Muslim petitioners in the case, objected to the CJI’s decision of forming a Constitution Bench to hear the suit without any fresh reference being made for the purpose. However, the Bench, in unison, rejected Dhavan’s contention stating that the CJI had used his discretion and was permitted to do so as per the Supreme Court Rules.

The bench also overruled Dhavan’s claim that the Chief Justice had, in forming a Constitution Bench in the case, gone against an earlier verdict in the matter that said a three-judge bench was competent to adjudicate the pleas.

Dhavan also pointed out that the verdict in the title suit, delivered by the Allahabad High Court, runs into over 4300 pages and a large number of documents related to the case still need to be translated and circulated to all parties and their lawyers.

The bench then directed the Supreme Court registry to appoint official translators for the documents and also assess how much time it would take to complete the process of translations. The translations have to be made into English and Hindi from documents that are written in Arabic, Sanskrit and Gurmukhi, aside from some other vernacular languages.

The apex court said in its order that 113 issues are likely to be perused during the hearing. It also noted that 88 witnesses were examined and their statements recorded when the matter was before the Allahabad high court. It said the deposition of the witnesses runs into 2,886 pages and 257 documents were exhibited.

The apex court noted that the high court judgement itself is 4,304 pages; along with additional annexures it runs into 8,000 pages.

Fourteen appeals against the September 30, 2010 decision of the Allahabad High Court — which accepted that the disputed site was birthplace of Lord Ram and ordered a three-way division of the disputed 2.77 acres, giving a third each to the Nirmohi Akhara sect, the Sunni Central Wakf Board, UP, and Ramlalla Virajman — have been pending since December of that year.

Right-wing organisations, including the RSS, have been demanding an early decision on the dispute. Demands seeking an ordinance for construction of a Ram temple have also gained momentum.