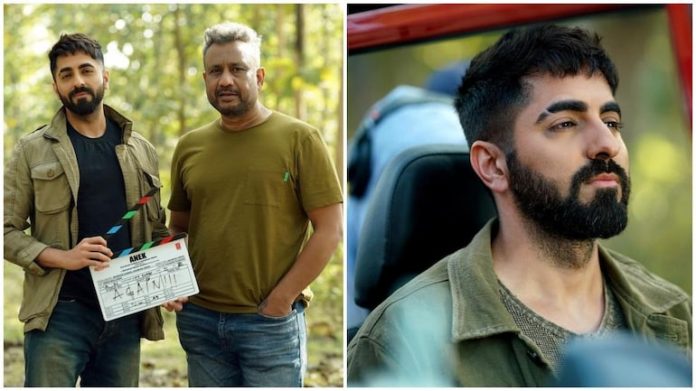 International action director Stefan Richter has been roped in for Ayushmann Khurrana’s upcoming film Anek. Richter is known for his realistic action choreography, evident in action scenes he designed for Ryan Reynolds and Samuel L. Jackson in the 2017 Hollywood thriller The Hitman’s Bodyguard. He also directed action sequences for Shah Rukh Khan in the 2011 Bollywood release Don 2.

Anek is being helmed by Anubhav Sinha who is best is best-known for his back-to-back critically acclaimed and commercial hits such as Mulk, Article 15 and Thappad. Ayushmann and Anubhav had previously worked together in Article 15, a film based on India’s caste divide.

Disclosing the news of the collaboration along with an on-set image of Richter, Khurrana said Anek is the biggest film of his career in terms of scale, and Anubhav Sinha is leaving no stone unturned to give the audience a huge big-screen experience with his vision. It is true that Stefan Richter has been roped in as action director for the film. He comes in with a wealth of knowledge and has been an architect for big scale action movies around the world, he added.

Earlier in February, Khurrana had shared the first look of Anek. The actor and the director had posted the first glimpses of their venture on their respective social media platforms. In his first look photos, Khurrana can be seen sitting in a red jeep wearing a rugged look as Joshua. The film is being shot in Northeast India. By sharing pictures on Instagram, the Article 15 actor wrote that he is excited to be collaborating with Anubhav Sinha again in #ANEK. He presented his first look as Joshua produced by Sinha, Bhushan Kumar, Benaras Mediaworks and T-series.

The other lined up projects of the 36-year-old actor includes Doctor G with Rakul Preet Singh and Chandigarh Kare Aashiqui with Vaani Kapoor.