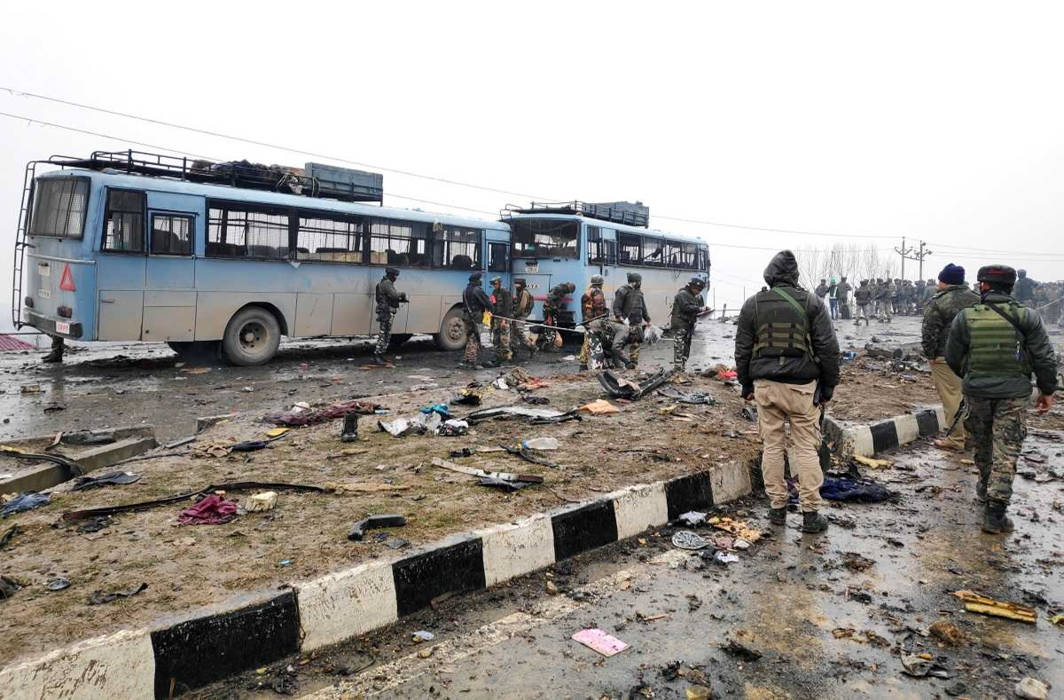 The whole country is mourning the deaths of 42 Army Personnel who lost their lives in Pulwama terrorist attack. Be it top political leaders like PM Modi or Rajnath Singh, Rahul Gandhi or Priyanka Gandhi everybody is shocked by such a deadly terror attack.

B-town celebs have also expressed their concern and grief for the Army men who lost their lives in the attack. Celebrities like Akshay Kumar, Salman Khan, Amitabh Bachchan, Alia Bhatt, Varun Dhawan, Priyanka Chopra, Shabana Azmi and many others have expressed their sorrow and strength for the family members of the soldiers killed. And prayers are being offered for the quick recovery of the soldiers whose condition is critical.

“Will there be no let to these heinous attacks? These mindless killings. This utter disregard for human lives? Extremely shocking news coming from Pulwama. I strongly condemn the worst terror attack on CRPF convoy and stand united with the grieving families (sic),” she wrote on Twitter.

“Absolute act of cowardice. Perpetrators of this heinous crime cannot be friends with people of Kashmir. We stand by the bereaved families,” he wrote on twitter.

Feeling extremely sad and angry. More than 40 @crpfindia jawans martyred. Millions of thoughts in my mind. I hope The govt. deals with the terrorists befittingly. Also time for certain people in our own country who criticise the army to SHUT UP. pic.twitter.com/mZSgExsxQJ

Akshay Kumar said the incident should not be forgotten.

“Numb beyond belief at the dastardly terror attack on CRPF soldiers in Pulwama. May God give peace to their souls and strength to their grieving families? Wishing the injured a speedy recovery. We can’t let this be forgotten,” he said in a tweet.

“My heart goes out for the jawans of our beloved country and their families who lost their lives as martyrs to save our families… #YouStandForIndia,” wrote Salman Khan.

Actress Priyanka Chopra said, “Absolutely shocked by the attack in #Pulwama…Hate is NEVER the answer!!! Strength to the families of the martyred jawans and the CRPF soldiers injured in the attack.”

Numb beyond belief at the dastardly terror attack on #CRPF soldiers in #Pulwama. May God give peace to their souls, and strength to their grieving families. Wishing the injured a speedy recovery. We can’t let this be forgotten.

My heart goes out for the Jawans of our beloved country and their families who lost their lives as martyrs to save our families... #YouStandForIndia

Absolutely shocked by the attack in #Pulwama...Hate is NEVER the answer!!! Strength to the families of the martyred jawans and the CRPF soldiers injured in the attack.

The #PulwamaTerrorAttack is a cowardly attack on our soldiers. Heart goes out to our heroes saving our country who have to face an enemy who will hide and attack.