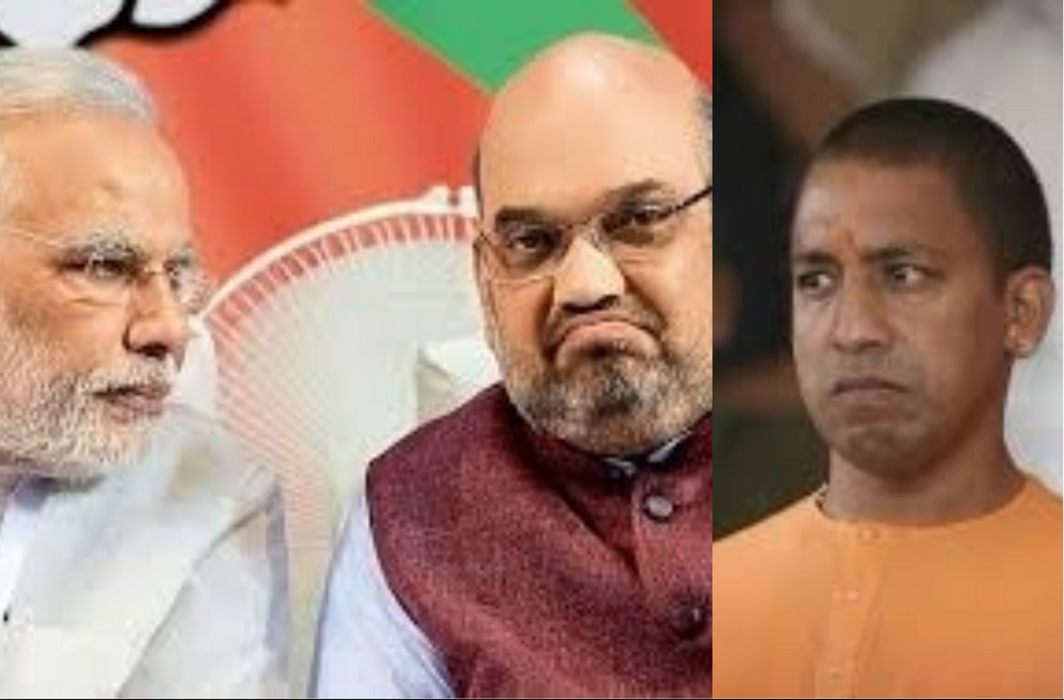 In the end, the results of by-elections to four Lok Sabha and 11 Assembly seats spread over ten states came as bad news for the BJP.

In the ‘give no quarter’ style of electoral politics, with slogans like ‘Congress Mukt Bharat’, pushed by BJP president Amit Shah, the saffron party has gone all out to win every election, raising its stakes to heights other parties seldom bother to.

This was evident as much in the bypolls whose results were declared today, Thursday, May 31. It would be wrong to say that the BJP had to be content with only one Lok Sabha seat it won in Palghar, Maharashtra – the party can hardly be said to be content with the result: that is not in the nature of the party under Amit Shah.

The BJP won one Lok Sabha seat of Palghar in Maharashtra, its ally got one in Nagaland, and it bagged one of the 11 Assembly seats – the lone seat coming from Uttarakhand.

When BJP secured a lead, Sanjay Raut, Shiv Sena, said, “Many EVMs were faulty, names of about 50-60,00 people were missing from voter list. Also, within 12 hours of voting ending, EC changed vote percentage. So all this is very doubtful.”

In Maharashtra’s Bhandara-Gondiya, it was a direct fight between NCP’s Madhukar Kukde and BJP’s Hemant Patle and the NCP, leading by over 50,000 votes, was expected to win. NCP has the support of the Congress. Election in the seat was necessitated after the resignation of sitting BJP (MP) Nana Patole over his criticism of the PM. Patole later joined the Congress. The election here was a prestige issue for the BJP as Patole had resigned blaming Prime Minister Narendra Modi for “doing nothing for the farmers’ community in the last four years”. BJP defeat here was a jolt to BJP.

It was the Kairana Lok Sabha seat in Uttar Pradesh that would hurt BJP the most. It was seen as a test for Chief Minister Yogi Adityanath and Prime Minister Narendra Modi after the BJP suffered setbacks recently in Phoolpur and Gorakhpur Lok Sabha seats – especially the latter which was UP CM’s home constituency and his stronghold – in the state.

Here, late Gujjar leader Hukum Singh’s daughter and BJP’s nominee Mriganka was trailing behind Tabassum Hasan of Rashtriya Lok Dal, (RLD), who is backed by SP, BSP, and Congress, by over 41,000 votes after nine rounds of counting.

The BJP had thrown in five state ministers, led by CM Adityanath himself. After the shock defeat in Gorakhpur, he campaigned hard, addressing public meetings on almost a daily basis. This was topped by a meeting by PM Narendra Modi himself, just a day before voting, after the campaigning came to a halt, when he did a road show in nearby Baghpat while inaugurating the Eastern peripheral expressway.

On the day of voting, there were large scale complaints of malfunctioning of EVMs, especially in Dalit and Muslim dominated areas. While complaints came from over 150 booths, re-polling was held yesterday on 73 booths and it saw high turnout. Finally, however, the RLD overcame the hurdles.

RLD candidate Tabassum Hasan said, “This is the victory of truth. I still stand by what I said, there has been a conspiracy & we do not want any future elections to be conducted on EVM machines. The path for united opposition is clear in 2019.”

The Kairana result is indeed being seen as another signal for Opposition unity against BJP: both of its success and the necessity. It still remains to be seen how – or if – it would work out.

There was little for BJP to cheer even in Assembly bypolls.

In Uttar Pradesh, Samajwadi Party won Noorpur, defeating BJP candidate by over 6,000 votes. SP candidate Naeemul Hasan enjoyed the support of the Congress, the Samajwadi Party, the Bahujan Samaj Party and the AAP.

At Jokihat in Bihar, RJD trounced JD(U) by a margin of 40000 votes. Bye-elections in Jokihat was necessitated after the resignation of JD-U’s Sarfaraz Alam. Chief Minister Nitish Kumar, who camped in the constituency, had hoped his minority welfare schemes will sway the Muslim and Yadav vote towards JD(U). However, his alliance with BJP has diminished his hold while it may have helped the BJP at his cost.

Speaking about the result, Lau Prasad’s son and RJD leader Tejashwi Yadav said, “The number of votes JDU got, is less than our victory margin. People of Bihar are continuing to avenge the uturn taken by Nitish Kumar.”

In Shahkot Assembly seat in Punjab, the fight was between SAD and Congress and Congress’s Hardev Singh Laddi Sherowalia emerged winner.

In Meghalaya, Congress candidate Miani D Shira, who is also the daughter of former chief minister Mukul Sangma, won the Ampati seat. The victory gave the Congress 21 seats, making it the single largest party in the state. Both NPP — National People’s Party or NPP-led alliance led by chief Minister Conrad Sangma and the Congress had 20 seats each.

In West Bengal’s Maheshtala, TMC candidate Dulal Das won Maheshtala assembly bypoll in Bengal after beating BJP’s Sujit Kumar Ghosh by 62,827 votes. The BJP would be happy to be at second position, ahead of the Left-Congress combine.

The BJP won the seat in Uttarakhand with a margin of over 1,990 votes. Munni Devi Shah defeated Congress’ Jeetram. The bypoll was necessitated after the death of BJP’s Maganlal Shah.

In Karnataka, the Congress won the RR Nagar seat. Its candidate Muniratna won with a margin of over 41,000 votes over BJP rival Tulsi Muniraju Gowda. Polling for the seat was postponed by the Election Commission ahead of the Karnataka elections after the poll body found nearly 10,000 voter ID cards in an apartment in the constituency.

In Kerala, CPM won Chengannur Assembly seat. CPM Candidate Saji Cherian won by 20,956 votes, the biggest margin in the constituency so far. LDF led in all the 10 panchayats. Congress was in second spot with 46347 votes. The BJP, which was third, did not do too badly with 35270 votes