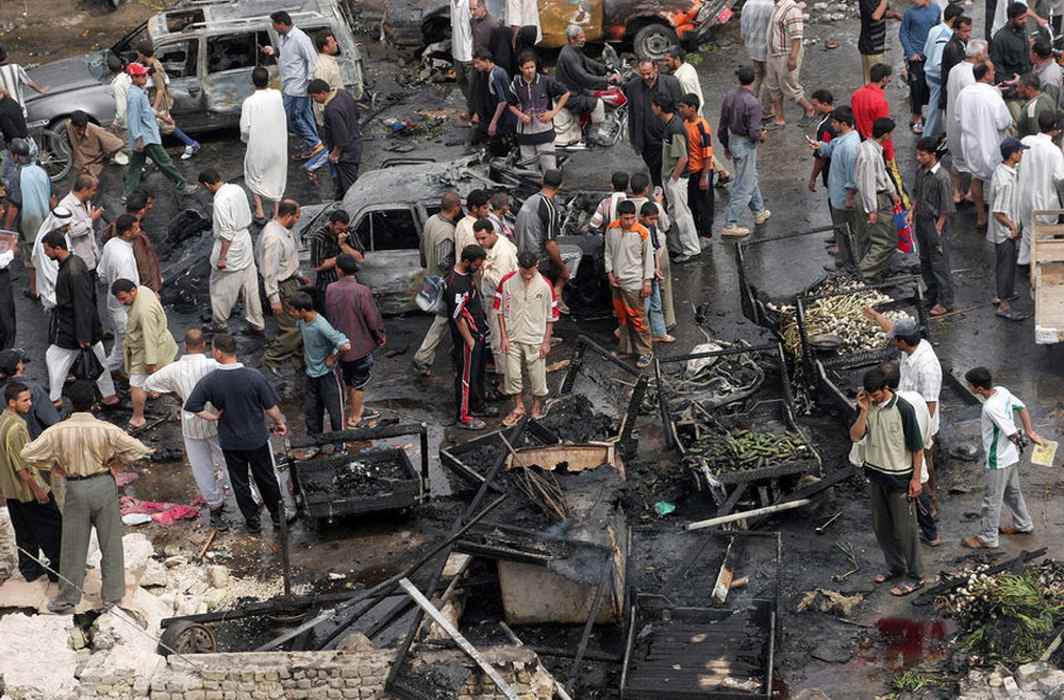 After a gap of few months, Iraqi capital Baghdad has witnessed twin suicide bombings killing and injuring over 121 people. Some news reports have confirmed 38 deaths and injuring several dozens of people in the wee hours of Monday.

According to Baghdad Today, the source said, “The death toll from the twin suicide bombing that rocked al-Tayaran Square in central Baghdad early on Monday rose to 26, while 95 others were injured.”  However casualties rose later.

“There are security men among the casualties,” the source said. Several vehicles at the scene were damaged.

Another security source told Shafaq News that the explosions took place “after two suicide bombers wearing explosive belts blew themselves up at a crowded site near al-Tayaran Square where many construction workers were gathered.”

The Iraqi capital Baghdad has seen frequent bombings and armed attacks since Daesh (IS) terrorists emerged in 2014 and proclaiming a self-styled “Caliphate” before a military campaign claimed victory over the dreaded group in early December 2017.

According to the monthly release by the United Nations Assistance Mission in Iraq (UNAMI), a total of 69 civilians were killed, while 142 others were wounded in December in the terror attacks, violence and armed conflict in the country.

In December, Baghdad was the worst affected province with 122 civilian casualties (24 killed, 98 injured) while Salahuddin (the home state of former President Saddam Hussein) was second, with 7 killed and 25 injured and Kirkuk, home to large oil refinery, was third with 15 killed and 6 injured. Total number of casualties in November last year was 117 casualties.

Al Tayaran is a major intersection in Baghdad between Sadr city and al-Jumariyah bridge over the Euphrates River. All roads into the square have now been closed. No group has claimed responsibility for the attack as yet.

Earlier on Saturday, several people were killed and others wounded when a suicide bomber targeted a security checkpoint near Aden Square, north of Baghdad.

In December, Iraqi PM  Haider al-Abadi declared victory over Daesh marking the end of a three-year war to drive the armed group out of Iraq. Iranian military advisors and Mobilization force established after Ayatollah Siestani’s fatwa fought along with Iraqi army against the terror group.

Observers believe that Baghdad may witness more terror attacks as there were possibilities of presence of terrorists’ sleeping cells in the cities which were occupied by Daesh.