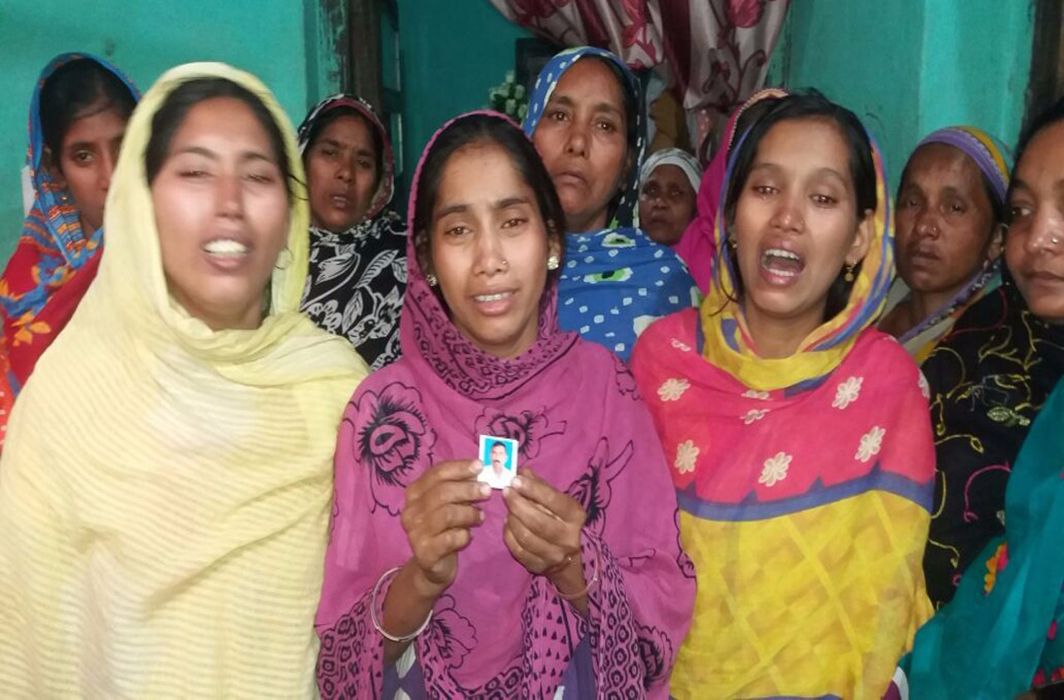 The pain of Gulbahar Bibi, whose husband Afrazul Khan was brutally hacked to death by Shambhulal Regar (currently under arrest), on December 6, 2017 in Rajsamand District, Rajasthan over false allegations of love-jihad, is not over.

It was not enough that Gulbahar had to endure the horrific incident when the family’s only breadwinner was hacked in a field by the sick-minded Regar with his young nephew even video recording it.

Now social media hacks, probably as sick as Regar, are continuously forwarding and sharing the horrific video that Regar had uploaded on the internet.

Now Gulbahar Bibi has petitioned the Supreme Court, naming the Union of India (Through Ministry of Home Affairs) and the State of Rajasthan (Through its Chief Secretary) as respondents to ban the video’s online circulation.

The demand in the petition is that the apex court should direct the Union government and the state governments to stop such viral video being shared and forwarded.

The petition also says that this video also promotes hostility between two communities and all websites hosting the video should be immediately banned.

The petitioner has approached the court “under Article 32 of the Constitution of India in order to also demand an impartial investigation from an independent national agency and also to look at the spreading of hate speech of a communal nature targeting a whole religious community and discriminating against them, demonizing them and encouraging violence against them and creating a communal divide.”

Says the petition: “Such propaganda is resulting in hate crimes which hit at the very root of our pluralistic and inclusive society.”

Regar is the murderer, but the petitioner has also sought an inquiry into the factors that “acted as a catalyst and motivated him to commit such a heinous act, the factors and people responsible for spreading such hatred in the name of a communal myth/fiction being propagated as ‘Love Jihad’”, the petition says.

The petition, which addresses the bigger picture in this barbaric act, says: “Such a vile act is reprehensible by all standards of humanity and violates the fundamental rights of the petitioner to live with dignity and in peace without the threat of being persecuted on the basis of her race, caste, creed, gender or religion, as such rights are bestowed upon the citizens of this country by the mandate of Article 14, 19 and 21 of the Constitution of India. The Petitioner is also seeking the immediate removal of all videos of the heinous killing circulating on several websites including YouTube and the Respondent No 1 is duty bound to ensure that the service providers do not upload the said videos which are a form of hate speech encouraging others to indulge in copycat crimes.”

It has to be remembered in this context that the top court is already hearing petitions regarding obscene and reprehensible videos of sexual crimes against children that have been uploaded on the Internet and are circulating on social media. The issue has been heard in detail, but so far little progress has been made in finding a foolproof formula on how to segregate such videos and messages by either Google or WhatsApp or Facebook or other social media platforms.

This particular video presents yet another problem for the top court to sort out.

Through the petition Gulbahar Bibi has also sought adequate compensation from the state (Rajasthan) for its failure to prevent the spread of communal violence. She has received a sum of Rs 2 lakh from the State of West Bengal and Rs 3 lakhs from the Rajasthan government, “but she has three daughters to provide for and the amount is by no means adequate for her maintenance and to take care of their future.”

That fear still stalks the widow was clear from the next part of the petition, which states that “The Petitioner is also seeking access to justice in a free and fair atmosphere and the appointment of a special public prosecutor unrelated to the ruling party of the state (Rajasthan) and functioning under the supervision of the (apex) court. This is particularly important since the petitioner resides in West Bengal and is unable to be physically present at the trial. There is an atmosphere of mass hysteria at the hearings as is evident from news reports that orange flags were hoisted on court house building by supporters of the accused on the date of hearing.”

Gulbahar Bibi and her late husband are from Kaliachak in the Maldah district of West Bengal and the 48-year-old Afrazul had been working as a daily wage labourer in the area for over ten years.