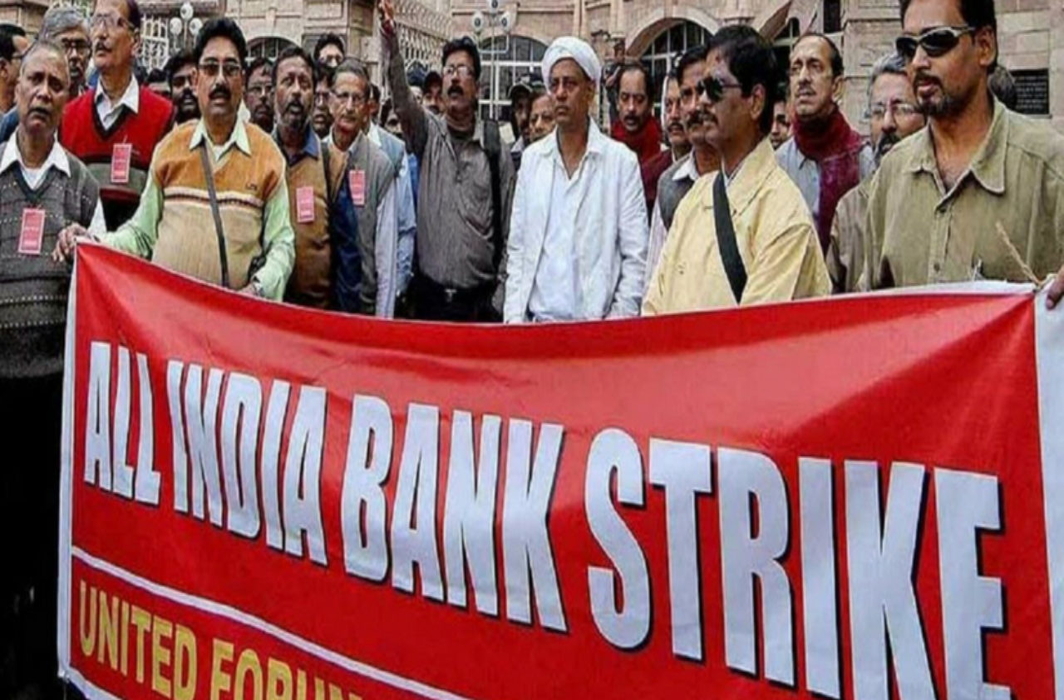 Four bank unions have threatened to go on a nation-wide two-day strike on September 26-27 to protest against the consolidation of 10 state-run banks into four.

One union leader was also reported as saying that the nationalised banks will further observe indefinite strike from the second week of November to press for their demands.

They have also raised a nine-point charter of demand including expeditious wage revision.

Due to strikes and holidays, several banks across the country will remain closed from September 26 to September 29, which can affect customers’ regular banking services. September 28 will be the last Saturday of the month and September 29 is a Sunday, and hence banks will be closed on those two days.

Finance Minister Nirmala Sitaraman had announced this consolidation on August 30. The government aims to transform state-owned lenders into global-sized banks.

The nationalised banks will further observe indefinite strike from the second week of November to press for their demands, another union leader told PTI.

The organisations have said that they are doing so to oppose the “merger and amalgamations in the banking sector.”

They have also listed out nine demands — expeditious wage revision as per Charter of Demands, with an unconditional and clear mandate from all banks; immediate introduction of a 5-day week in full; reduction of cash transaction hours and regulated working hours; halting of undue interference in the existing procedure of vigilance cases by outside agencies; under provisions of amended Section 17(A) of Prevention of Corruption Act, 2018; settlement of issues pertaining to retirees-updation of pension as per RBI formula/revision of family pension without any ceiling, quantum and percentage; and medical insurance at par with serving employees.

The other demands listed by the unions include — adequate recruitment, scrapping NPS and reintroduction of Defined Pension Payment Scheme, reduction of service charges for customers and stopping of harassment of Officers under specious plea of non-performance.

“We strongly oppose and protest the government’s move of merger/consolidation of public sector banks. Just adding two balance sheets will not make a resultant balance sheet stronger,” they said in their strike notice.

Under the consolidation plan, United Bank of India and Oriental Bank of Commerce are to be merged with Punjab National Bank, making the proposed entity the second largest public sector bank (PSB).

The Bank of India and Central Bank of India would remain independent. After the amalgamation, only 12 PSBs will be left in India from the 27 earlier.

Since 2017, two such big mergers have taken place: one to combine six of State Bank of India’s associate banks and the Bharatiya Mahila Bank with itself, and another to amalgamate Vijaya Bank and Dena Bank into Bank of Baroda.