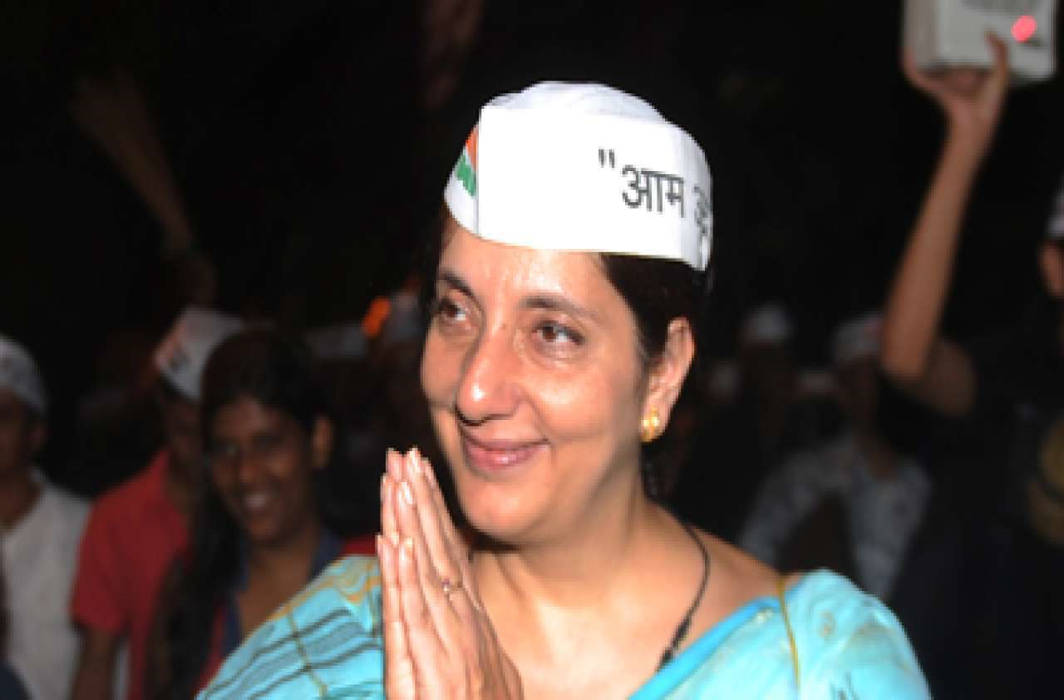 Banker-turned-politician Meera Sanyal breathed her last at 57, in Mumbai on Friday (Jan 11).

AAP leader and Delhi’s Deputy Chief Minister Manish Sisodia confirmed her death in a tweet, saying the country has lost a “sharp economic brain and a gentle soul”.

“You will forever remain in our hearts,” Sisodia said in the tweet.

I am deeply saddened to hear about
the passing away of Meera Sanyal.
The country has lost a sharp economic brain and a gentle soul. May she rest in peace!

You will forever remain in our hearts.

Extremely sad to hear this. No words to express... https://t.co/YslA8TddvU

Sanyal had joined the Aam Aadmi Party after quitting her job as the country chief executive of Royal Bank of Scotland and contested the Lok Sabha election in 2014.


Having graduated from INSEAD, France and Harvard Business School in the US, Sanyal had a successful and celebrated banking career spanning three decades. She also led the RBS Foundation’s charitable and social initiatives. Her father, Vice Admiral Gulab Mohanlal Hiranandani, was a highly decorated naval officer.

The Kochi-born Sanyal had also served as the head of corporate finance and chief operating officer for ABN Amro for Asia.

Sanyal also wrote a book on demonetisation, released on the 2018 anniversary of note ban, November 8. It was titled The Big Reverse: How Demonetisation Knocked India Out.