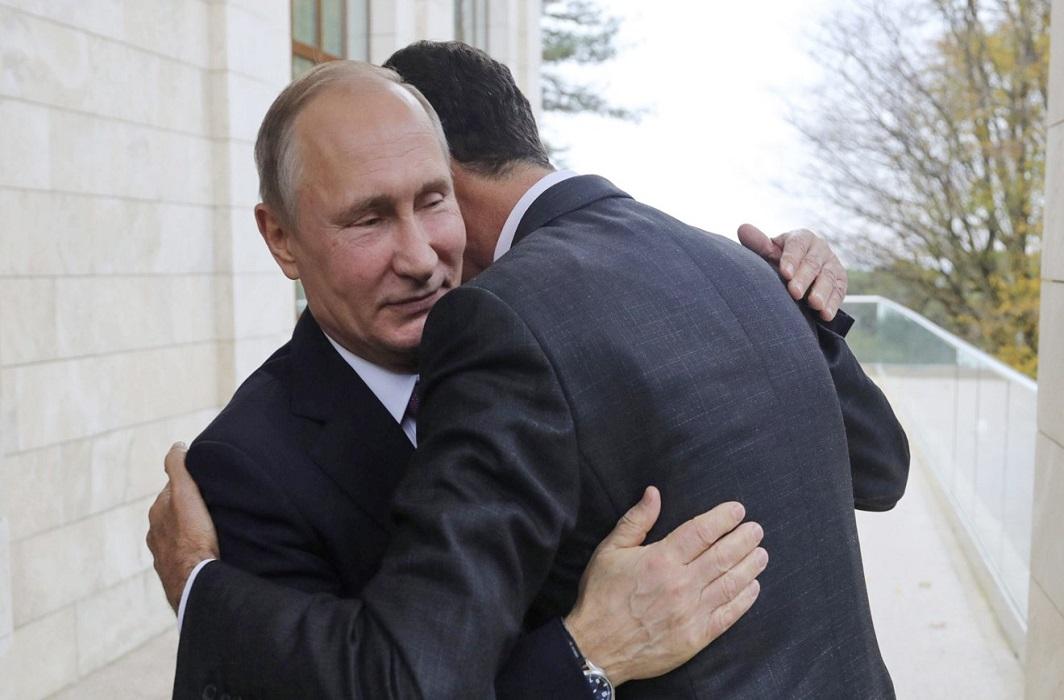 Syria thanks Russia for support in war on terror

Russian President Vladimir Putin received his Syrian counterpart Bashar al-Assad in Sochi, a resort city, on Monday and discussed the successes achieved by Syria while fighting against terrorism. State media reported the meeting on Tuesday.

According to TASS news agency, the two leaders agreed that military operation is coming to an end and emphasised the need to launch political process.

President Vladimir Putin said, “I believe that the problem of terrorism is universal, a lot should be done to achieve a complete victory over terrorism, but as far as our cooperation in the fight against terrorists in Syria goes, the military operation is really coming to an end.”

He further said, “I think now the main thing is to move to political processes, and I am pleased to see your readiness to work with everyone willing to establish peace and find solutions.”

Putin praised Assad  saying, “Syria is striving in the fight against terrorist(s) … the Syrian people are going through very difficult trials and are gradually approaching the final, unavoidable rout of terrorists.”

Syrian President Bashar al-Assad informed the Russian leadership that huge successes have been achieved, both on the battlefield an on the political level. Many areas in Syria have been liberated from terrorists, and civilians who were forced to leave those areas have been able to return.”

According to Syrian official SANA News agency, Putin underlined the timing of the visit for increasing coordination between the two sides, additional consultations and hearing the assessment of the Syrian leadership on the situation in Syria.

President Bashar Al-Assad thanked the Russian leadership for extending support extended to Syrian army in its war against terrorism which made significant achievements on humanitarian, military and political levels.

He informed that the victories against terrorism led to the return of security to many areas enabling citizens to return their homes and paving the way for political solution to the crisis.

He was quoted saying, “We must admit that the operation made it possible to advance the process of political settlement in Syria.”

Meanwhile a statement issued by Kremlin says that President Vladimir Putin is expected to call Donald Trump on Tuesday. He will also call leaders of other countries involved in the Syrian conflict such as Iraq, Egypt, Saudi Arabia and Jordan.

Putin further said, “Based on our meeting today I will hold consultations with the leaders of those countries… Today, a conversation with Emir of Qatar is already planned and, tomorrow, with president of the United States of America Donald Trump and then with leaders of the countries of the region.”

This was the first meeting between the two leaders since October 2015, just a month after Russia came to help with airstrikes on terrorist belonging to Daesh (IS) and other groups opposing Assad rule in the country. Hostilities began in March 2011.