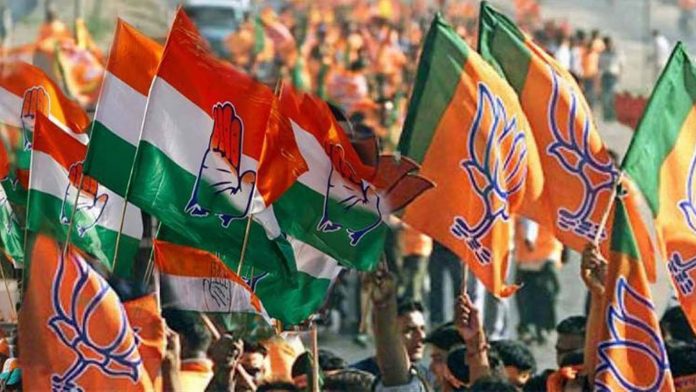 The political spat over the decision of Shashi Tharoor, Congress MP and chairman of the Standing Committee on Information Technology, to summon Facebook over a report in The Wall Street Journal has intensified, with Tharoor and BJP MP Nishikant Dubey giving a notice of breach of privilege against each other.

The office of the chairman of the standing committee had sent a letter to Facebook, seeking an explanation on The Wall Street Journal report which stated that a senior public policy executive of Facebook “opposed applying hate-speech rules” to at least four individuals and groups linked with the BJP even after they were “flagged internally for promoting or participating in violence”.

In his letter to Lok Sabha Speaker Om Birla, Tharoor said he decided to summon a meeting of the committee to discuss the alleged misconduct of Facebook as part of its discussions on “Safeguarding citizens’ rights and prevention of misuse of social/online news media platforms”. “Despite this, Nishikant Dubey insultingly criticized my decision to do so stating that ‘The Chairman of the Standing Committee does not have the authority to do anything without discussion of the agenda with its member’ and accused me of championing my political party’s ‘agenda without authorisation by the Committee and Speaker’. This amounts to a three-fold breach of privilege,” he wrote. He stated the “subject under which the Meeting had been summoned, amongst others, had been unanimously approved by the Committee members and other branches of the Secretariat such as your office and that of the Secretary General…”

“I would urge you to issue necessary directions to initiate proceedings against him for committing a breach of privilege on multiple accounts and contempt of the House,” Tharoor added.

Dubey, on the other hand, stated in his notice, “Tharoor has surpassed all limits of decency, ethics and basic tenets of Parliamentary procedure and practice vis-a-vis smooth functioning of Parliamentary Committee by way of committing a grave ‘Breach of Privilege’, not only in the capacity of an individual honourable Member of Parliament, Lok Sabha but also remaining in the exalted position of Chairperson of one of the most important Departmentally Related Standing Committees, viz., Information Technology.” Dubey said Tharoor had not discussed the move to write to Facebook with members of the committee.

Alleging that Tharoor has committed a serious breach of privilege to use the committee platform “not only to serve his political agenda but also to tarnish BJP and sensationalise a small incident by misusing his official powers”, the BJP MP urged Birla to initiate a privilege motion.