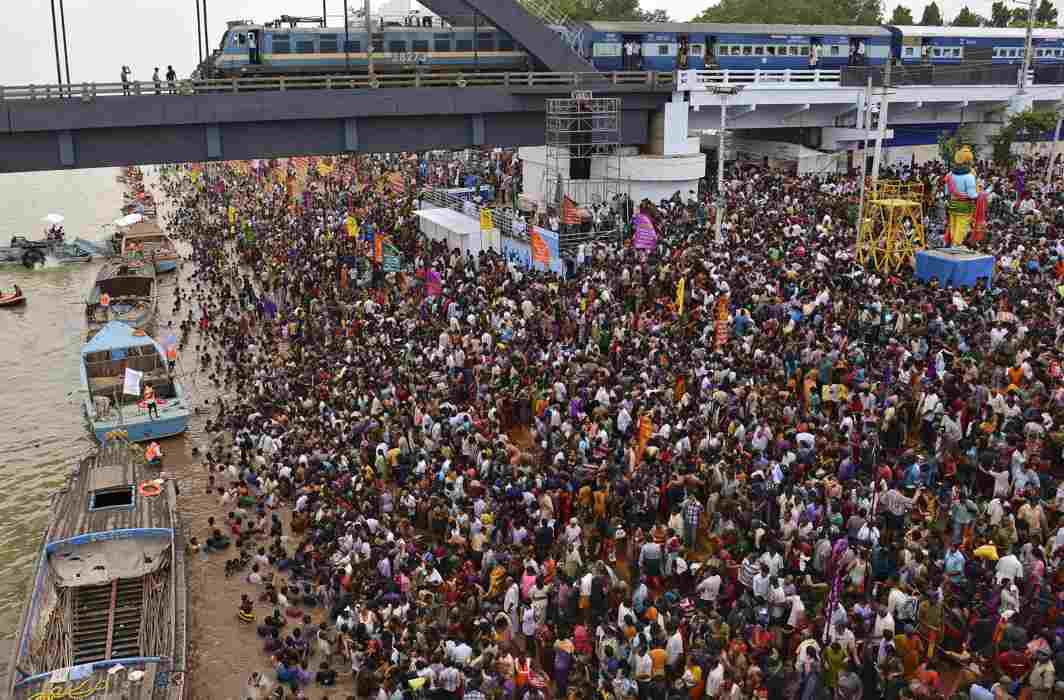 Crowd gathers for a ritual holy dip in the river Ganga (Picture for representation purpose only). Photo credit: Agencies

Bihar chief minister Nitish Kumar has announced an ex- gratia of Rs4 lakh each for families of the deceased, free treatment for those injured in the Begusarai stampede

In another incident of poor crowd management turning a massive religious celebration into a site for fatal incidents, three women were killed and over a dozen people injured in a stampede near Simariya Ghat on the banks of river Ganga in Bihar’s Begusarai district on Saturday morning.

The tragedy unfolded at around 7 a.m on Saturday as a huge crowd of pilgrims made their way for Simariya Ghat to take a holy dip in the river Ganga to mark the occasion of Karthik Purnima.

Bihar chief minister Nitish Kumar has announced an ex- gratia of Rs 4 lakh each for the families of the deceased and free treatment for those injured in the incident.

Bihar CM Nitish Kumar announces ex-gratia of Rs. 4 lakh each to those who lost their lives in stampede at Begusarai's Simaria Ghat.

Local media channels from Bihar flashed visuals of the tragedy and of angry worshippers lashing out at the organizers of the religious event as well as the Begusarai district police for their poor crowd management at Simariya Ghat.

The police, however, initially denied reports of the stampede and instead blamed the death of the three octogenarian women on “suffocation” caused by them being stuck in the crowded lane leading up to Simariya Ghat where the incident occurred.

A report in the Hindustan Times quoted Begusarai superintendent of police Aditya Kumar as saying: “The victims, all women, were more than 80 years old and were apparently very weak. It appears they died of suffocation after being stuck on a narrow lane that was being used by a large number of pilgrims for going to and returning from the ghat.”

Later, as news of the tragedy spread and pilgrims spoke about the mismanagement of the religious event, Sadar Deputy Superintendent of Police Mithilesh Kumar said that the police was “trying to ascertain the cause behind the stampede” said that identity of the deceased women too wasn’t known. Kumar said that the police along with district administration officials was trying to normalize the situation first by de-congesting the site of the tragedy and ensuring that the injured receive proper treatment.

Meanwhile, former Bihar deputy chief minister Tejashwi Yadav also expressed his condolences to the families of the deceased but asserted that Nitish Kumar should take responsibility for the stampede. The RJD leader alleged that the district administration in Begusarai had not made proper arrangements for crowd management at Simariya Ghat.