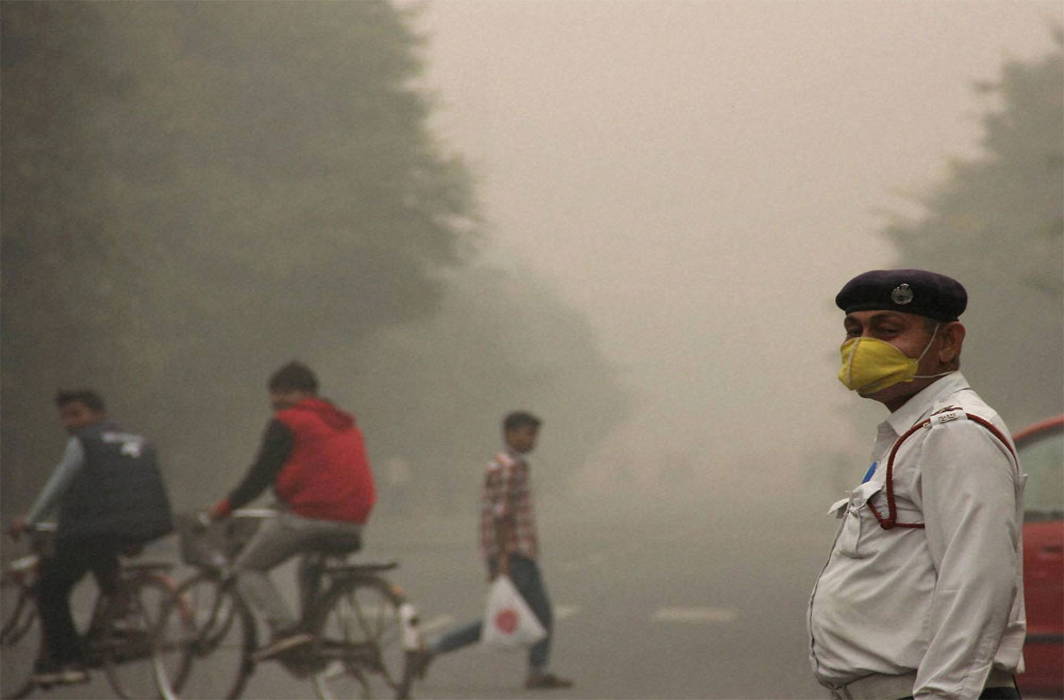 Air quality in Delhi has deteriorated severely and seems set to worsen further, prompting the Central Pollution Control Board (CPCB) to warn people to avoid strenuous exercises, try to minimize their exposure to the toxic air, and cut down the use of private cars.

The Environment Pollution (Prevention and Control) Authority will now take a call based on CPCB’s recommendations and pass an order, later today (Saturday, Oct 27).

CPCB expects pollution in the area to be at its worst because of toxic fumes from stubble burning in parts of Punjab and Haryana that westerly winds are expected to blow towards Delhi.

Delhi has been already reeling under ‘very poor’ air quality over the past three days and conditions are likely to deteriorate further over the weekend, CPCB’s forecasting system and SAFAR, which comes under the union ministry of earth sciences, has already said.

Many regions are now suffering a “severe or severe-plus” air-quality, the top four most polluted regions in Delhi included Jahangirpuri in north Delhi (AQI 464) and Mundaka in west-Delhi (AQI 444), Dwarka sub-city in south-Delhi (AQI 436), Anand Vihar in east-Delhi (AQI 415) — all marked “severe”.

“The primary pollutants in Delhi’s air – PM10 and PM2.5 – have also shot up alarmingly. At 7 pm on Friday, PM10 level shot up to 384ug/m3 which is 3.8 times above the safe limits of 100ug/m3. The ultrafine particles PM2.5 shot up to 198ug/m3, which was 3.3 times above the permissible limit of 60ug/m3. This is likely to shoot up further over the next two days as pollutants are not being dispersed because the present spell of unfavaourable weather conditions are unlikely to change,” said a CPCB official.

Air quality in Delhi and its environs is expected to deteriorate further between November 1 and November 10, according to the CPCB.

EPCA warned on Thursday that from November 1, the wind is expected to change its direction and blow from the west and northwest directions bringing in fumes and pollutants from stubble burning regions of Punjab and Haryana. “At present it is blowing from south east and east direction. But still at least 20% – 30% of the pollutants are coming from those two states. It will rise once the wind direction changes,” said a CPCB official.

“Between November 1 and 10 meteorological conditions may not be favourable for Delhi as a result of which air quality could deteriorate. Based on our past two years of experiences, the CPCB’s task force met on Friday and has recommended some preventive and proactive measures to EPCA,” said P Gargava, member secretary of the CPCB, as per a report in The Hindustan Times (HT).

The recommendations include a ban on all civil construction and excavation activities in the entire National Capital Region between November 1 and 10; a closure of coal and biomass based industries (excluding thermal power plants and waste to energy plants) between November 4 and November 10; and an intensification of efforts by the traffic police and transport department to check visibly polluting vehicles and reduce traffic jams in Delhi.

“We are also requesting and recommending that the public minimize their exposure and cut down the use of private vehicles, particularly diesel vehicles, during the first ten days of November,” said Gargava.

“Any form of strenuous exercise including jogging at more than 5 km per hour should be avoided during this period. People should also try to avoid other forms of pollution such as burning incense sticks and mosquito coils indoors,”Dr TK Joshi, health expert of the CPCB task force, said according to HT.

Air pollution is a health risk at every stage of life.

Exposure to air pollution during pregnancy can damage a developing baby’s vital organs including the brain, heart and lungs and lead to a range of conditions including asthma, heart disease and cancers.

29% of all deaths and disease from lung cancer

17% of all deaths and disease from acute lower respiratory infection

24% of all deaths from stroke

25% of all deaths and disease from ischaemic heart disease

43% of all deaths and disease from chronic obstructive pulmonary disease