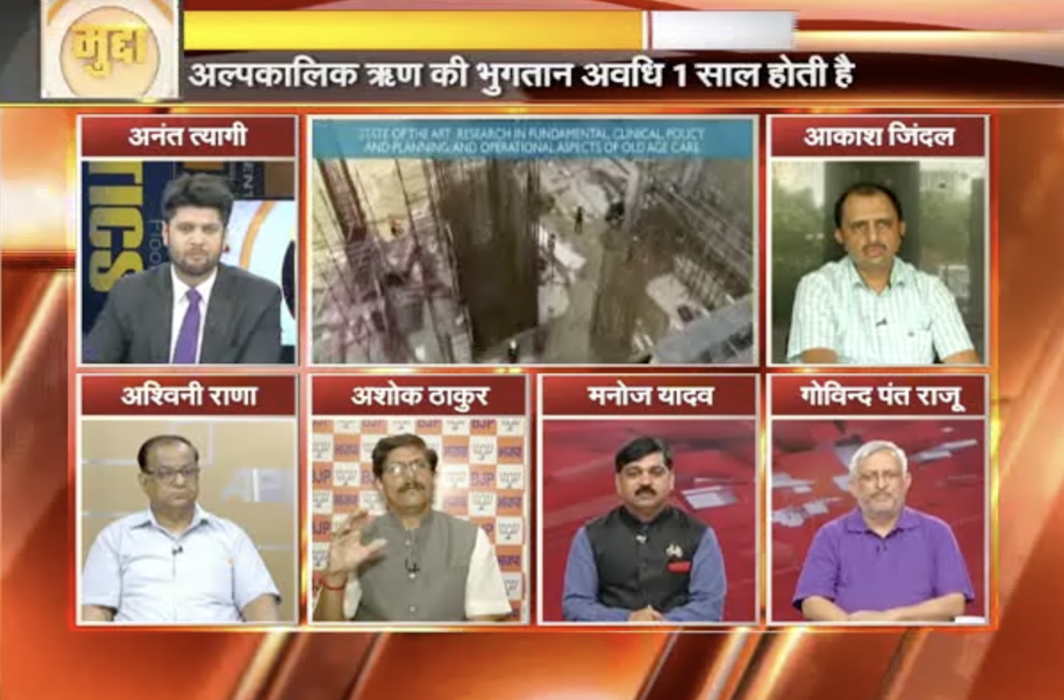 After alarm caused by RBI figures showing increase in India’s external debt, Mudda panel explores ways to avoid crash and bring back or at least stop flow of black money

At $ 529.7 billion at the end of March 2018, India’s external debt has shown an increase of $ 58.4 billion year-on-year, the Reserve Bank of India said on June 29. The external debt to GDP ratio stood at 20.5 percent at end-March 2018, higher than its level of 20.0 percent at end-March 2017. The figures have raised concerns among members of the media as well as other citizens with everyone fearing an economic crash in the not-too-distant future.

“Our loans increased last year not due to borrowings but because of the fluctuations in the US dollar. I also think that we should not take help of forex loan to boost the economy. We should give preference to equity rather than debt. India should try to reduce its fiscal deficit by focusing on equity including foreign direct investment rather than taking loans. Increase in debt will hit the economy as both liability and interest will increase along with it,” Jindal said.

In the year before last, the forex rate decreased by a little over two years. This year, this has increased due to fluctuations in the dollar and NRI deposits. It is a temporary phase which will get over soon, thanks to the efforts of the government, Thakur offered.

Why are foreign agencies suddenly so interested in giving loan to India, asked Yadav.

“Even though in Indian philosophy there is talk of borrowing to consume ghee, loans are not a healthy option. But China is the biggest borrower. If we are investing money borrowed in development projects, then that money is being managed well and productively and the result will be an improved GDP. But most of the loans are not connected directly to development, save the Bullet train loan from Japan and the Metro projects. When the Vajpayee government’s term ended in 2004, the loan was close to 112 Arab dollars and when the Congress government left in 2013, it was 265 Arab dollars. Now it is about 529 Arab dollars. This not only shows the rise in debt but also proves increase in inflation, Raju said. He also mentioned the increase in money in Swiss bank accounts and said the explanations that have come in the media about it are not foolproof.

The RBI has explained the increase. It has attributed it to a rise in commercial borrowings, short-term debt and non-resident Indian (NRI) deposits. So there is no cause for concern, Rana said.

Citing the increase in price of crude oil this year and acknowledging the possibilities of a trade war starting with the US, Jindal asked Thakur what steps the government has taken to reduce current account deficit and fiscal deficit. But no direct reply was forthcoming.