Bhediya first look out: Varun Dhawan looks like a hungry wolf in never seen before avatar, here’s what tweeple said 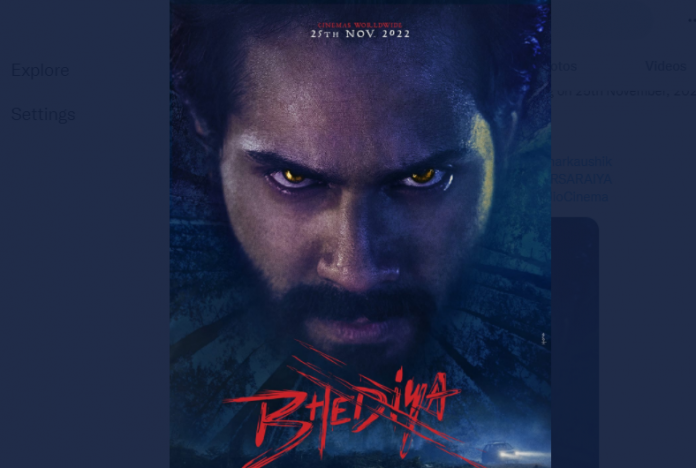 The first look of Varun Dhawan and Kriti Sanon-starrer horror comedy ‘Bhediya’ is out on Thursday. The film will hit the big screens on November 25, 2022, which is exactly a year away from the poster release.

The film will be produced under the banner of Maddock Films and also stars Abhishek Banerjee. Hollywood’s visual effects studio Mr X is working on the VFX of the film

Varun’s intense looking poster was shared not just by him but also by his co-star on Instagram and the same was captions.

Produced by Dinesh Vijan and directed by Amar Kaushik of Stree, the first look poster of Varun Dhawan’s upcoming franchise shook up the internet.

Reacting to Varun’s first look, Alia Bhatt showered a bunch of fire emojis on his post and Abhishek Bachchan congratulated Dhawan with a few applause emojis.

Director Kaushik described Bhediya as a film with awe-inspiring imagery.

A few months ago, Varun Dhawan, who has undergone major physical transformation for his role in the film, wrote this before filming the last key scenes on Bhediya.

Varun Dhawan and Kriti Sanon were shooting for Bhediya in Arunachal Pradesh for a month or two earlier this year. They have co-starred in films like in Dilwale (2015) and Kalank (2019).