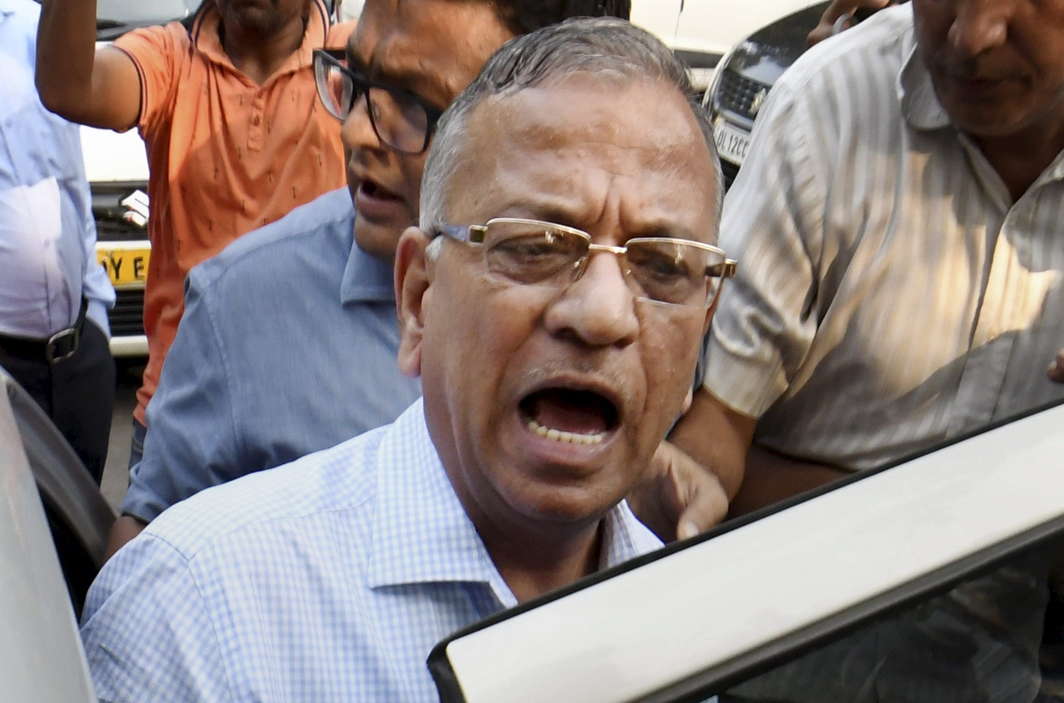 GC Tripathi had been defiant over calls for his ouster in the aftermath of the brutal police lathi-charge against girl students of the university on September 23. The girls had been protesting against GC Tripathi’s inaction on complaints of sexual harassment even after a girl allegedly faced sexual molestation on the campus.

While girl students who live in various hostels on the BHU campus had been forced to go on a peaceful protest demanding that the vice chancellor initiate steps like installation of CCTV cameras and better street lighting across the campus to ensure women’s safety, a posse of police personnel – a majority of them men – had stormed into the campus and its hostels and beaten up the protestors.

Though incident had sparked widespread outrage, the Union human resource development ministry had turned a deaf ear to calls for Tripathi’s ouster.

The vice chancellor, who had notoriously dismissed the molestation case as a “simple case of eve teasing” too had remained defiant, and asserted that he would “resign” if the Centre asks him to proceed on an indefinite leave.

The vice chancellor had earlier also said that it would be insulting to go on leave two months before his tenure was scheduled to end and that he would rather prefer to quit.

Meanwhile, the Union HRD ministry officials have maintained that Tripathi will not be granted an extension of tenure and that the process for appointing his successor has been initiated. However, despite the outrage over the lathi-charge and the outrageous comments made by Tripathi over the alleged sexual harassment incidents, the Centre has not acted against the vice chancellor.

– With inputs from agencies.