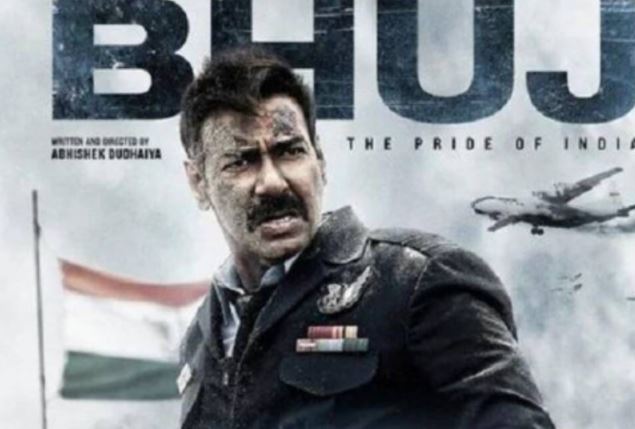 The much-awaited teaser of Bhuj: The Pride of India starring Ajay Devgn, Sonakshi Sinha, Sanjay Dutt, and Nora Fatehi is finally out.

Directed by Abhishek Dudhaiya, the film is inspired by the journey of IAF Squadron leader Vijay Karnik, who was in charge of the Bhuj airport, and how he re-constructed an entire IAF airbase along with the help of 300 women from a local village in Madhapar to protect our country.

Devgn will be seen donning the Indian Air Force uniform for the first time as well as playing the role of squadron leader Vijay Karnik. The teaser shows several shades of emotions, thrilling action sequences, the fire of patriotism, and the unity of the people in Bhuj.

The teaser also gave a short glimpse of the supporting cast including Ammy Virk, Nora Fatehi, Sharad Kelkar, Pranitha Subhash, and Ihana Dhillon. At the end of the short video, Devgn emerges from the wreckage and says that his name is just ‘Sipahi’ (soldier).