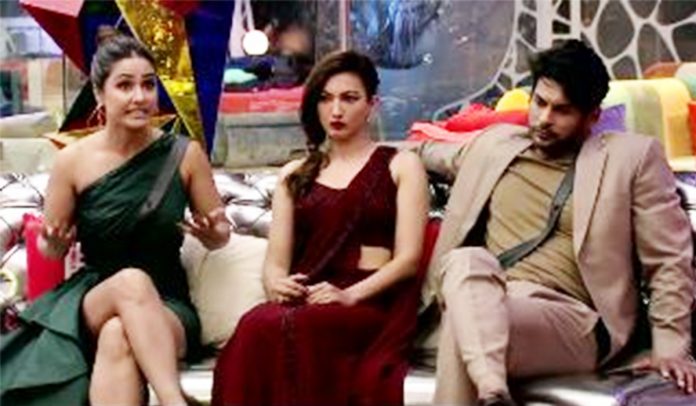 Toofani senior Sidharth Shukla, who was grabbing more limelight than the freshers in Bigg Boss 14, is finally out of the house along with other seniors Hina Khan and Gauahar Khan. The trio was in the house for only two weeks to give a set of challenges to the new contenders and check their capability.

After stepping out of the Bigg Boss house, Shukla took to Twitter to thank all his fans for all the love they showered upon him during his stay in the house. The TV actor tweeted that he was skeptical about his bonding with other seniors Hina Khan and Gauahar Khan in the beginning, but things turned out well and he had an amazing time.

A lot of fireworks were expected between Gauahar and Sidharth during their stay in the show as the former had been critical of Shukla during the previous season. However, barring a couple of instances during tasks, the duo shared a great bond.

Earlier, there were speculations that Bigg Boss 13 winner’s stay in the house might be extended in view of the high TRPs and attention he was getting but they did not turn out to be true. Shukla, who walked away with the coveted trophy last season, remains one of the most loved contestants in the history of the show despite his aggressive nature. In Bigg Boss 14, his straight forwardness, fun with Hina Khan and head massage sessions were loved by many.

With seniors out, it would be interesting to see how the equations inside the house change. Many people were of the opinion that seniors’ stay in the house had made freshers too dependent on them and they were not able to bring out their real personalities in the show due to the presence of the trio.

Will freshers keep the TRPs going? We will have to wait and watch!