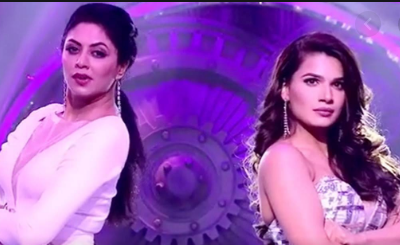 The makers of the reality show Bigg Boss season 14 are all set to add two new members- Kavita Kaushik and Naina Singh as Wild Card entries to the house.On Saturday, a new promo for the upcoming Weekend Ka Vaar episode hosted by Salman Khan, has been posted by Colors TV on its Twitter handle, where the two are seen battling each other in a fierce dance-off.

Both the contestants are famous Television actors who will enter the show with a smashing face-off performance. Kavita Kaushik has been in the television industry for nearly two decades and is best known for her role of Inspector Chautala in the comedy show FIR. While Naina Singh played a pivotal role in the popular show Kumkum Bhagya. She was also seen in reality TV show MTV Splitsvilla.

Kaushik shared the news on her Twitter account, and wrote she is going to change the scene at Bigg Boss house. On the other hand, Singh wrote she will strike thunder at the house, in a caption to the video she shared on Instagram.

In the last episode, some intense fights among contestants Pavitra Punia and Rahul Vaidya were seen in the house. Vaidya had claimed that Punia had a crush on Abhinav Shukla , which has instigated her. She has threatened him to ruin him for his comment. Meanwhile, in the upcoming episode of Weekend ka Vaar, Salman khan will confront contestant Rubina Dilaik for her statement against him in the confession room.

Last week, the ‘seniors’-Sidharth Shukla, Hina Khan and Gauahar Khan exited the show after two long weeks in the show. So far, contestants- Sara Gurpal and Shehzad Deol have been evicted from the show.