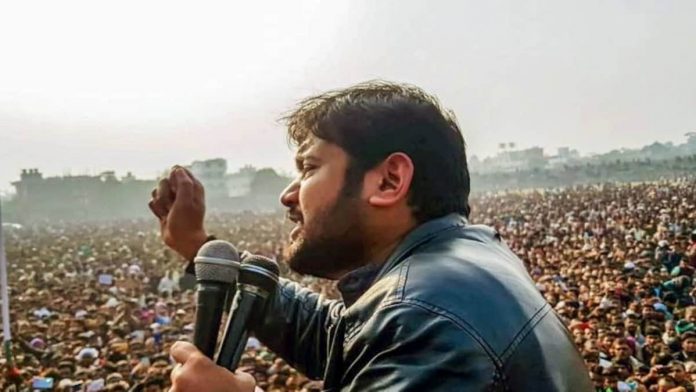 Communist Party of India (CPI) leader Kanhaiya Kumar has said that the upcoming Bihar election is not a referendum for Modi government, but a test for chief minister Nitish Kumar as his leadership is under question. The former JNUSU president whose party is part of the Grand Alliance in Bihar said that the anger in the state is against Nitish Kumar as he has the reins of the government.

In an interview with a newspaper, Kumar said that the election is not going to be one-sided as was being said earlier. He said with the polls inching closing closer, it has become clear that people are not happy with NDA government’s performance in the state. On being asked why his party entered in an alliance with the Congress, a party he has always attacked, Kanhaiya said that the situation demanded it as the biggest challenge for Left and progressive forces in Bihar is to put a full stop to the communal agenda being run by the saffron party.

Talking about Grand Aliance’s projected CM candidate Tejashwi Yadav, Kumar said that the response to Yadav’s rallies has been positive so far with youth coming out to support him. He said that since Rashtriya Janata Dal (RJD) is fighting on majority of seats, it was obvious that the CM would be from the party itself if a coalition government comes to power in the state.

On Chirag Paswan-led LJP’s decision to pull out of NDA alliance in the state and go solo, Kumar said in a democracy, everyone is free to contest elections. He said that he did not agree with the analogy of vote splitter,  a term being used for LJP. He said in a multi-party system like ours, a party cannot be called vote-splitter of another party.

On being asked why he was maintaining a low-profile image his election, the CPI leader said he has always been a low-profile person and it is the media which increases or decreases his stature.

Bihar is set to go to polls in three phases starting October 28. The results will be announced on November 10.