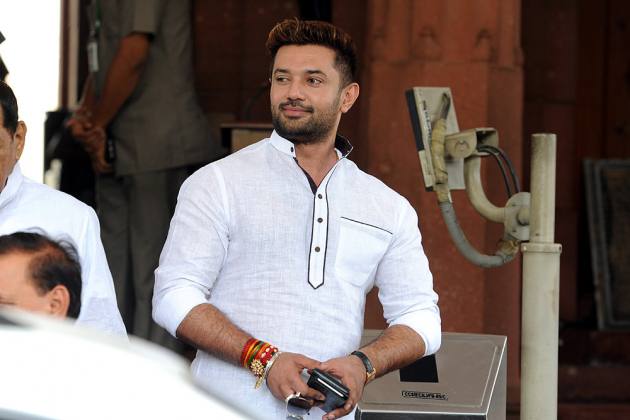 Lok Janshakti Party (LJP) leader Chirag Paswan continued with his relentless attacks on Bihar chief Minister Nitish Kumar on Sunday ahead of first phase of Bihar election on October 28 and said the JD(U) leader would be behind bars along with his officials if his party comes to power in the state.

Paswan Jr raised many questions before the Bihar government while addressing a rally in Dumraon, Buxar. He said that alcohol ban in Bihar has failed and illicit liquor is widely being sold in the state. He alleged that the chief minister was getting kickbacks in return. Paswan sought support from BJP voters and asked them to vote for LJP in the seats it was fighting against JD(U), HAM and BJP. He urged the votes to vote for BJP elsewhere in a bid to keep Nitish Kumar out of race for power in the state.

In other news, grand alliance’s chief ministerial candidate Tejashwi Yadav also came hard on Nitish Kumar and said the chief minister is now tired and people are bored of his speeches. Earleir, Nitish Kumar had targeted Tejaswi’s father Lalu Prasad Yadav for keeping the development on backfoot during his rein as CM.

Bihar is set to go to polls in three phases starting October 28. The results will be announced on November 10.