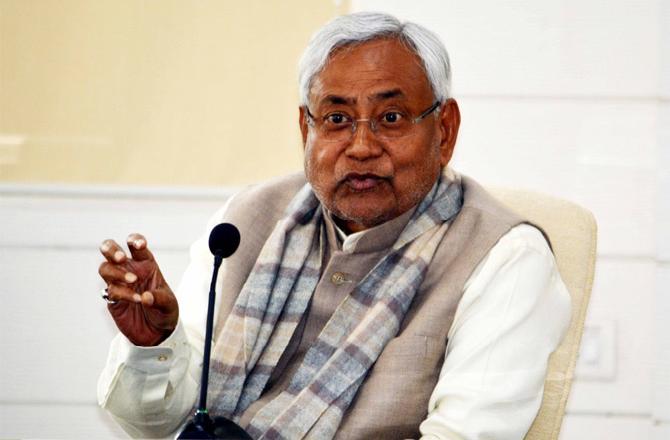 Bihar chief minister Nitish Kumar, who is eyeing another term, launched an attack on his rival and grand alliance’s chief ministerial candidate Tejashwi Yadav at a rally in Parbatta on Friday ahead of the second phase of polls. Hitting out at Tejashwi’s promise of 10 lakh government jobs for people of the state, Kumar termed it as bogus talk. He said such promises were made to confuse and misguide the voters.

Referring to Yadav’s promise without naming him, Kumar said people promising jobs are indulging in bogus talk in a bid to misguide the voters of Bihar. Interestingly, Janata Dal (United)’s ally Bharatiya Janata Party has also promised 4 lakh jobs and 15 lakh employment opportunities for people in its manifesto. This is not the first time Kumar has mocked Yadav for his big promise. The chief minister had hit out at the RJD leader earlier as well and said he was making such statements due to inexperience.

During the rally, Kumar also slammed Tejashwi’s parents Lalu Prasad Yadav and Rabri Devi’s 15-year rule. He said only 95,000 jobs were given during that period in the state which had not been bifurcated at that point. Kumar said during his time as chief minister 6 lakh jobs have been given to people in the state.

The first phase of polling took place on Wednesday amid tight security and precautions in view of ongoing coronavirus pandemic. According to the Election Commission, a voter turnout of 54.53% was recorded in the first phase which included 71 constituencies. This year, the voting time has been increased by one hour. The extended hour will allow Covid patients and those in quarantine to vote. Two more rounds of polling will be conducted on November 3 and November 7, respectively before the results are announced on November 10.