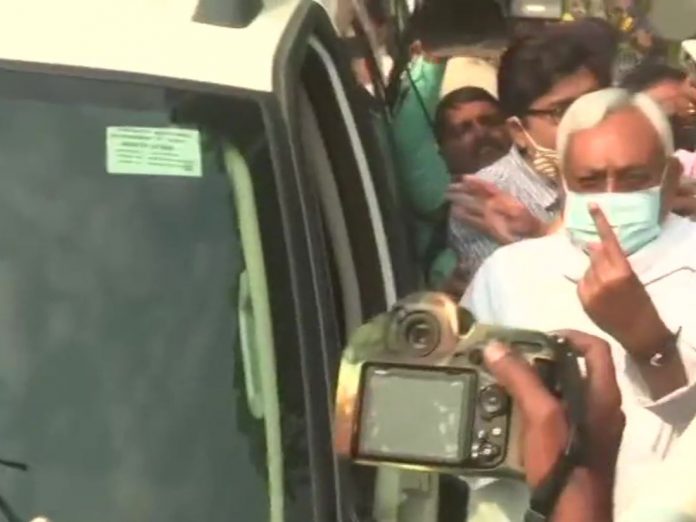 The second phase of polling in Bihar Assembly Election ended on Tuesday with 54.05% voter turnout. Data from the Election Commission showed lean voting in the early hours. The fates of 1,464 candidates from 94 constituencies in 17 districts were sealed in the ballot boxes today. The prominent names whose fates will be decided today include Grand Alliance’s chief ministerial candidate Tejashwi Yadav, his elder brother Tej Pratap Yadav and four state ministers. The polling opened at 7 AM and will be held till 6 PM. The last hour will be for those suffering from coronavirus. However, in Naxal infested areas, the voting will conclude early.

In the second phase, Bihar chief minister Nitish Kumar cast his vote and urged everyone to exercise their voting right. Congress leader Rahul Gandhi also appealed to voters to exercise their franchise and help in government formation of their choice. Tejashwi Yadav said the power of people’s votes will bring a change in Bihar.

The fight is between the ruling National Democratic Alliance comprising of Bharatiya Janata Party, Janata Dal (United) among others and Mahagthbandhan which includes Rashtriya Janata Dal, Congress and Left Parties. Lok Janshakti Party is fighting the election independently.