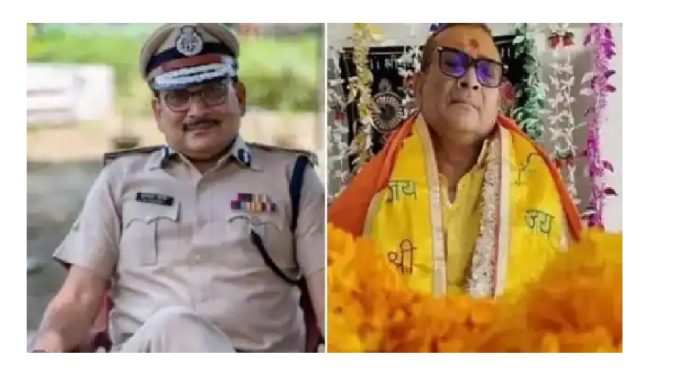 Bihar former DGP Gupteshwar Pandey, who took retirement from his service in September 2020 to join politics, but later took a u-turn and decided to become a religious preacher is now viral. He shared videos of his Katha on YouTube and his videos make sure to make rounds on the internet.

Recently, he shared a video in which he can be seen reciting the Katha. As soon as he shared the video, it went viral. Social media users were quick enough to reply to that. One of the users wrote that there is more money in this profession.

Another user wrote that he is the new Yogi.

Yet another wrote that there is scope in this career as earlier he used to work for the government, now the government will work for him since he is a preacher now.

Earlier, in 2020, he joined Bihar CM Nitish Kumar’s Janata Dal United ahead of the 2020 assembly election, however, he did not get a ticket in the polls. Thus he decided to leave all of it and joined the path of god.

In other news, a day after welcoming a flood of BJP defectors including two ministers Swami Prasad Maurya and Dara Singh Chauhan, former Uttar Pradesh Chief Minister Akhilesh Yadav on Saturday said that there is no room for any BJP MLA, minister in the Samajwadi Party. Speaking to the reporters in Lucknow, Yadav said he will not take any BJP MLA or minister anymore in the SP. The BJP can deny tickets to their leaders if they wish to, he also told the reporters.