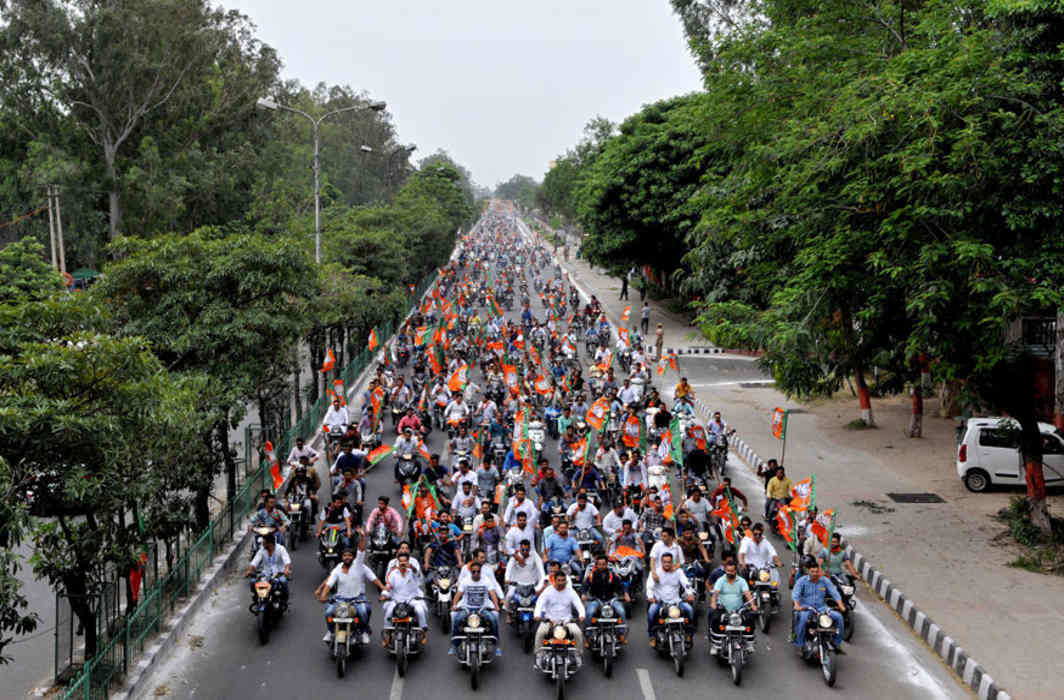 As part of Prime Minister Narendra Modi’s 69th birthday celebrations on September 17, a bike rally to spread his social messages flagged off from New Delhi for his birthplace Vadnagar in Gujarat, by BJP MP Vijay Goel on Sunday, September 15.

The rally will cover a distance of 1,200 Km crossing through four states to reach Vadnagar on September 20. The team is led by ace biker Raj Luxmi.

Goel felicitated Raj Luxmi and her fellow bikers at the flag-off ceremony held at his residence in Ashoka Road.

The former minister said Raj Luxmi is an inspiration for the youth and she was discharging an important duty by spreading the prime minister’s social messages related to Swachh Bharat and shunning single-use plastic.

The BJP will observe a ‘Seva Saptah’ (service week) from September 14 to 20 for Prime Minister Narendra Modi’s birthday on September 17.

The seva saptah kicked off with BJP President Amit Shah along with working president JP Nadda, Vijay Goel and Vijender Gupta sweeping the floors at AIIMS in New Delhi on September 14.