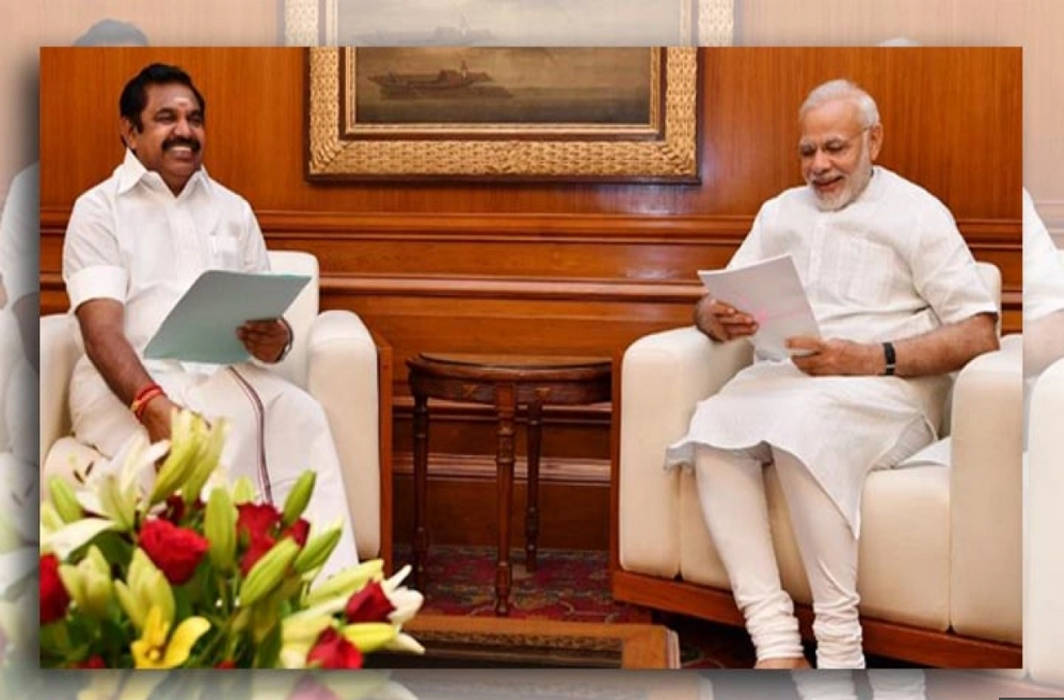 The AIADMK and BJP today (Tuesday, Feb 19) entered into an alliance for contesting the upcoming 2019 elections in Tamil Nadu and Puducherry.

The announcement came hours after the ruling AIADMK announced a poll alliance with the Pattali Makkal Katchi (PMK). Talks were also reported to be on to include DMDK to form a grand alliance against the other combine of DMK, Congress, CPI, CPM, MDMK, VCK and IUML.

Addressing reporters after the second and final round of discussions by the two parties, Union Minister Piyush Goyal said the BJP will contest in five Lok Sabha seats as part of the “mega alliance” in Tamil Nadu, which has 39 Lok Sabha seats. Puducherry, on the other hand, has one parliamentary seat.

Earlier, announcing the tie-up with PMK, AIADMK coordinator and Deputy Chief Minister O Panneerselvam said PMK would contest in seven Lok Sabha seats. It was also decided that the PMK would be allocated a Rajya Sabha seat.

BJP leaders believe that despite the anti-incumbency against the AIADMK government, the coalition could be a formidable electoral force, especially after the “popular Budget” presented by the E Palaniswami government recently.

The BJP is hoping to complete its pre-poll alliances before the first week of March. The BJP yesterday finalised its alliance with the Shiv Sena in Maharashtra. After Maharashtra and Tamil Nadu, the party is keen to finalise deals with its existing partners in Uttar Pradesh: the Apna Dal and Suheldev Bharatiya Samaj Party. The party has already finalised seat-sharing formula with the JD(U) and Ram Vilas Paswan’s Lok Janshakti Party in Bihar.