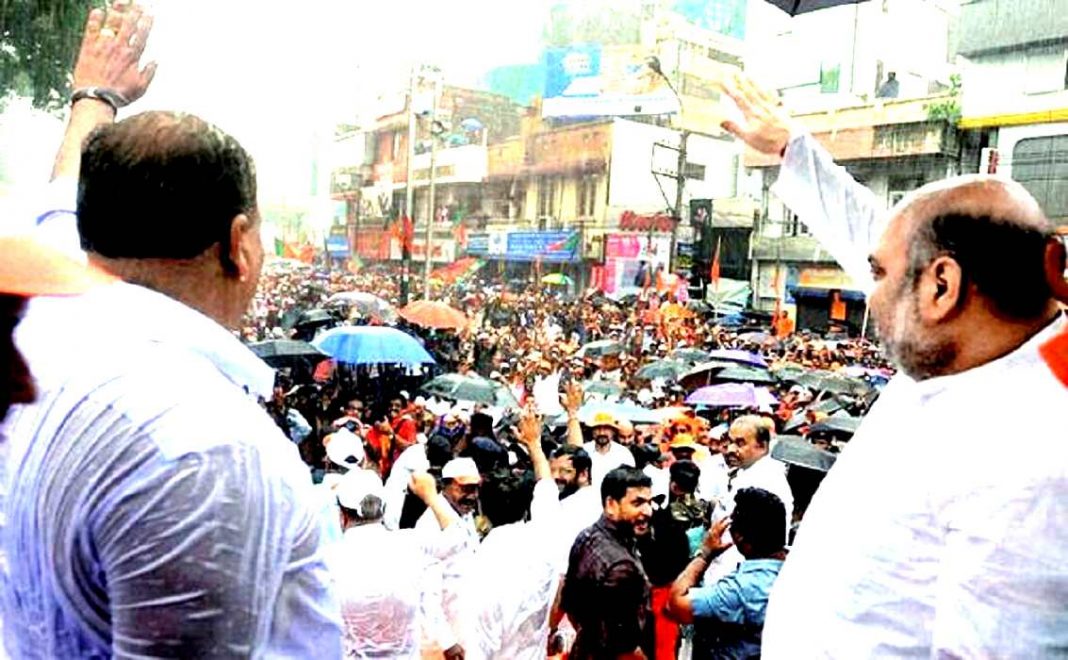 He is expected to meet the bishops in Kochi on Saturday and build bridges with the Christian community.

BJP chief Amit Shah landed in Kochi on Friday as part of his three-day trip to the state which is an important part of the BJP plans for both the next general election and the next assembly election.

Though hundreds of BJP volunteers received him at the Nedumbassery International Airport in Kochi, it has been widely lampooned on social media. The BJP chief had gotten off on the wrong foot with Keralites last year when he wished them for Vamana Jayanti, which is the flip side of Kerala’s most important festival, Onam. Keralites observe Onam in the belief that Mahabali, the Asura king, who is banished by Vamana, a Vishnu avatar, returns to the state on that day.

Shah is on a three-day visit in Kerala to prepare for the upcoming 2019 polls as the party has not been able to make a strong dent here. His visit comes just a few days after popular protests broke out in Kerala against the Central government’s decision to ban sale of cattle for slaughter at animal markets.

Kerala Chief Minister Pinarayi Vijayan had taken a strong stand against the ban and threatened to take it to court along with West Bengal CM Mamata Banerjee. At the street-level, activists of the CPM and the Congress made beef preparations and shared it free of cost. Some took it to a ridiculous extreme when some extra-eager Youth Congress activists slaughtered an ox live, inviting wrath from their party high command.

Reportedly, Shah will meet the Bishops in Kochi on Saturday and will build bridges with the Christian community which account for 18 percent of the state’s population.

Shah will also be meeting the Kerala BJP unit’s core committee members and will address the state’s National Democratic Alliance unit meeting too. Asianet chairman Rajeev Chandrasekhar is vice-chairman of the NDA in Kerala.

Meanwhile, Congress leader Mallikarjun Kharge was of the view that Shah’s intentions are only to disturb the existing government and to polarise the votes. “Amit Shah is making politics out of everything, including beef, national integration, violations and whatever is going in Jammu and Kashmir,” he said.

In the 2014 Lok Sabha elections, BJP had drawn a blank in the state. As of now, it has set up an alliance with smaller parties representing different communities.

Amit Shah is scheduled to attend various party programmes over the next two days in Thiruvananthapuram.