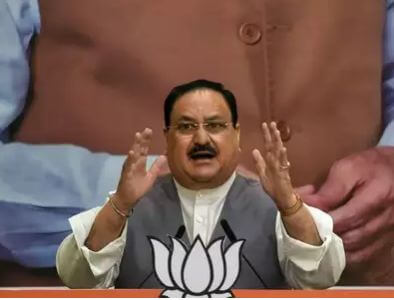 BJP president JP Nadda on Monday said the execution of the Citizenship Amendment Act has been delayed due to the coronavirus pandemic and the law will be implemented soon. Addressing party workers in Siliguri, West Bengal, Nadda said CAA has already been cleared by Parliament and the party is committed to implementing it very soon. It was delayed due to Covid-19, he said.

Indicating that the CAA would be a major poll plank of the BJP in the Assembly polls in West Bengal, Nadda said the party is committed to its implementation. The rules are being framed to implement CAA across the country, he said. It was delayed due to Covid-19 pandemic. He also said everyone will get the benefits of the Act.

Targeting the West Bengal government for Mamata Banerjee’s divide and rule politics, Nadda said the BJP’s policy is inclusive and for everyone’s development. The party is working for the development of all in the state, unlike the Trinamool Congress. On the other hand, the West Bengal government is stopping the benefits of Central schemes from reaching people in the state.

Assuring the people of Bengal, Nadda said the farmers will get to access Central schemes in the state if the BJP wins. The scheme will be implemented within one month, he said. Nadda expressed confidence that the BJP will form the next government in the state.

The Citizenship Amendment Act had triggered widespread protests across the country due to its discriminatory nature against Muslims in India. The CAA had made the Narendra Modi regime unpopular with human rights experts from the United Nations and several Western countries speaking against it.

The Ministry of Home Affairs had demanded a three-month extension to frame the rules related to the CAA in August 2020. The implementation of CAA has become a prominent political issue in the state with the Trinamool Congress not only opposing it but also protesting against the legislation.